Tuesday 22nd March 2022, our AGM which went smoothly; yet another year online, however, this works very well, and we had the benefit of an online demonstration with Darren Breeze. Darren from Lowestoft Suffolk where he has his workshop and studio/shop. Something different this month as Darren described his project for the evening, woodturning yes, brown wood pot no, but a textured coloured wall hanging.

Following the welcome and formalities and a short tour of his setup Darren described what he was about to show us, a piece of Sycamore approximately 17 inches square, although the edges were quite irregular; this was probably larger than lots of us turn as it was about 24 inches corner to corner. The pre prepared blank was mounted on and internal chucking point with the back already finished. Darren cleaned up the face explaining the tools he uses and methods of use. When he had marked up the areas to shape the face, he showed several different texturing tools with chainsaw discs and warned of the dangers of using them and the need for care in their application.

The pictures show much clearer than words can describe of the effects created, with the first textures applied out came the blowtorch to lightly scorch the timber prior to the application of Verdigris Wax to the area; this was then buffed off to show the contrast with the scorched high points. Moving towards the centre Darren explained that his pieces often evolve as he goes along and sometimes change along the way. A centre boss was turned, similar to that you would see on a shield and variegated beads were added from the centre moving outwards, along with Robert Sorby texturing wheels which all added to the effect. We all had a short comfort break before more colour was added, spirit stain in Royal and light blue and yellow applies with airbrush from the outside moving towards the centre which ad it blended mirrored the Verdigris on the outer edges and the centre boss. To finish and tidy up the edges of the colouring Darren created some more plain beads to contrast the different elements of his artwork.

An interesting a different demonstration was followed by questions and Darren also showed other examples of similar work he has created, even a very large off-centre piece that he could just about lift. A very enjoyable evening and a big thank you to Darren and all those who joined in for the evening. 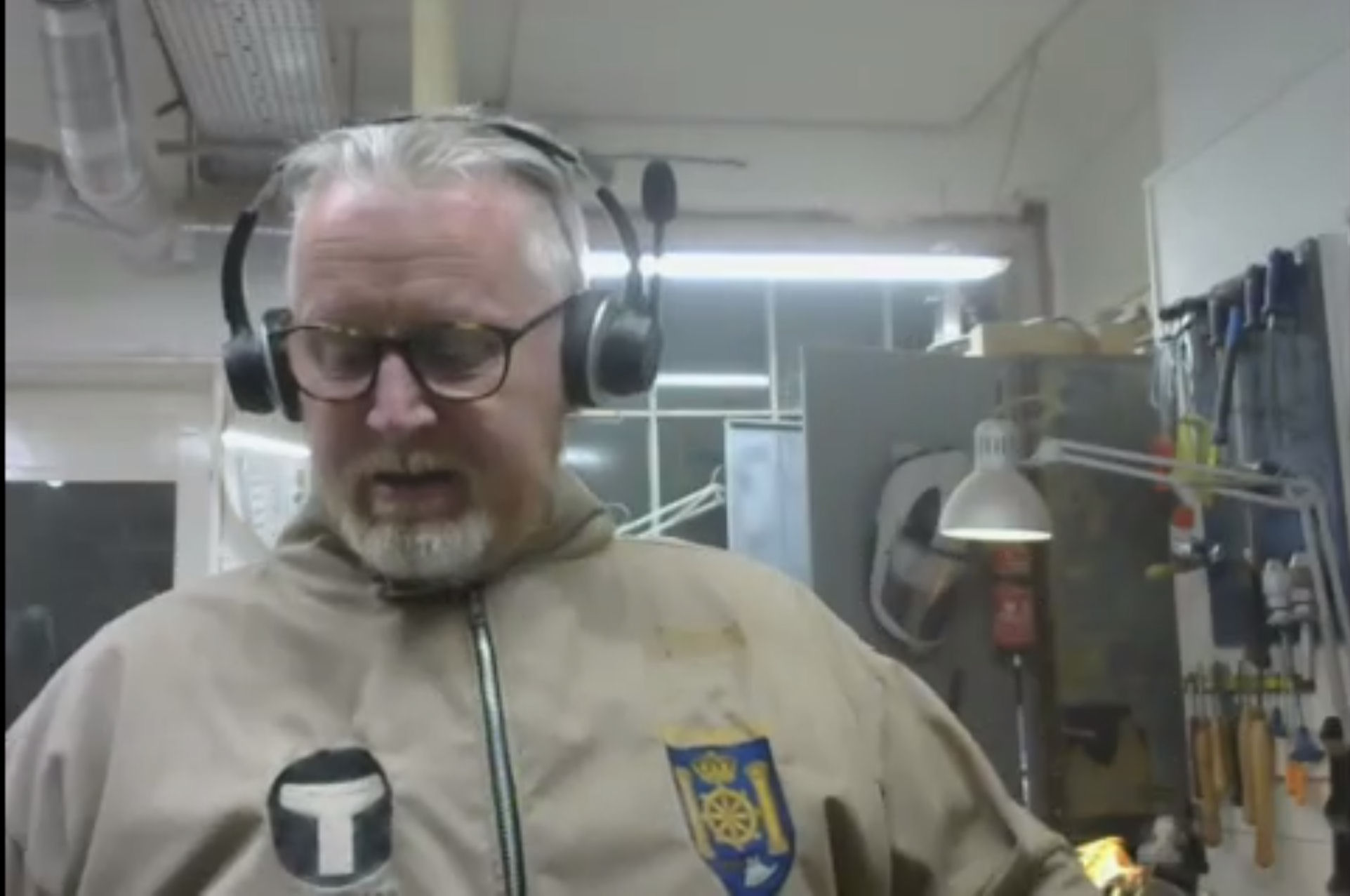 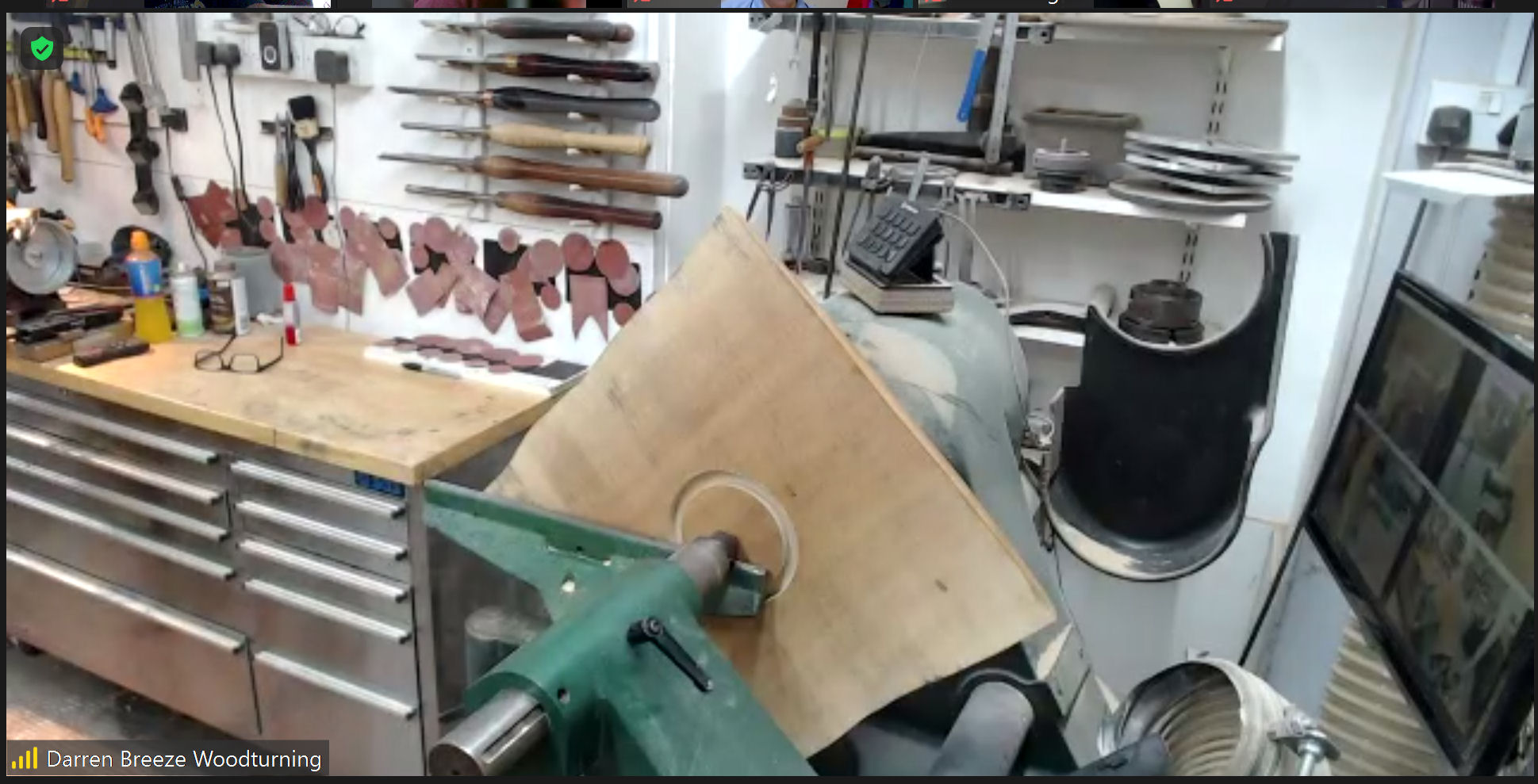 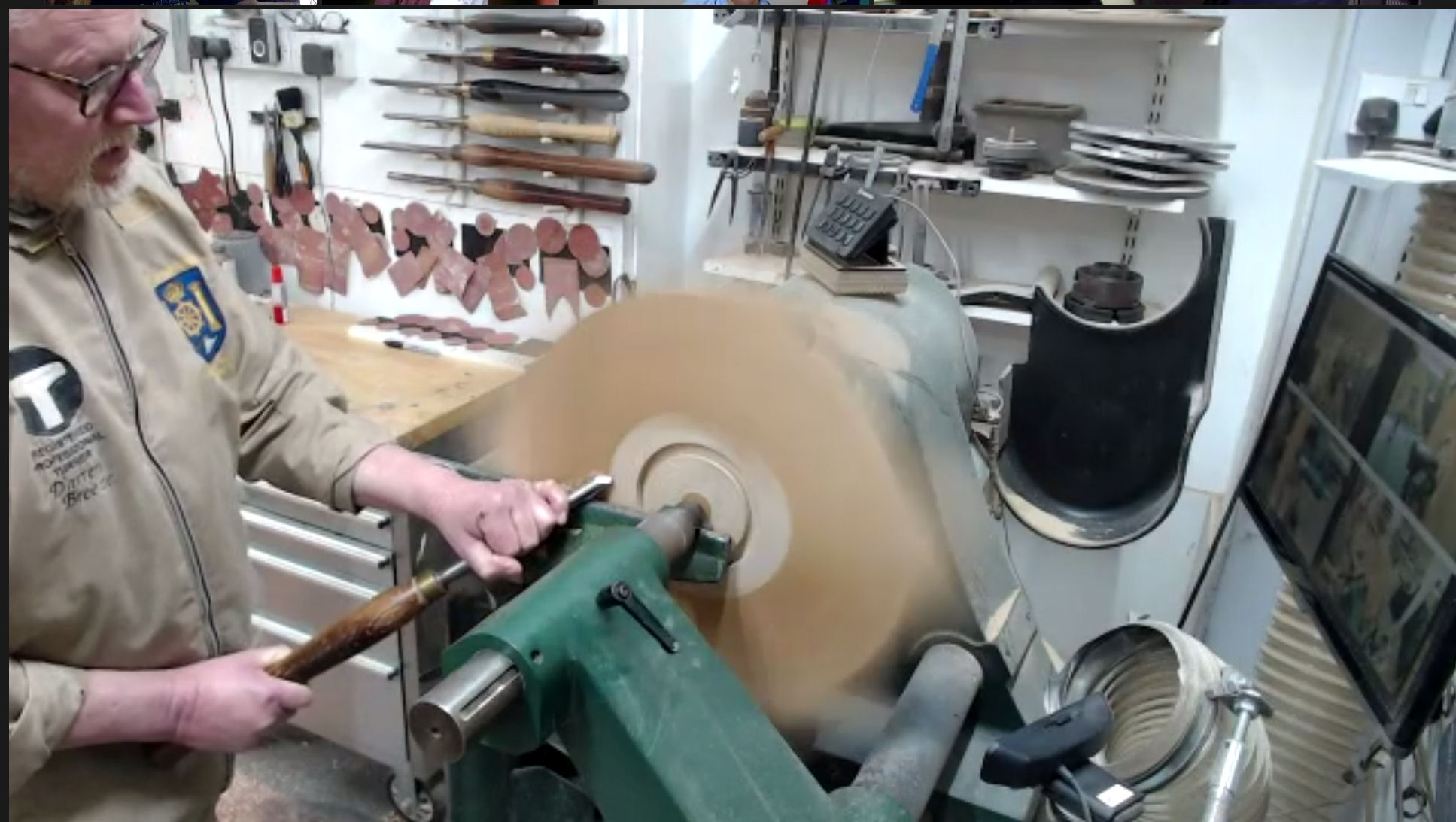 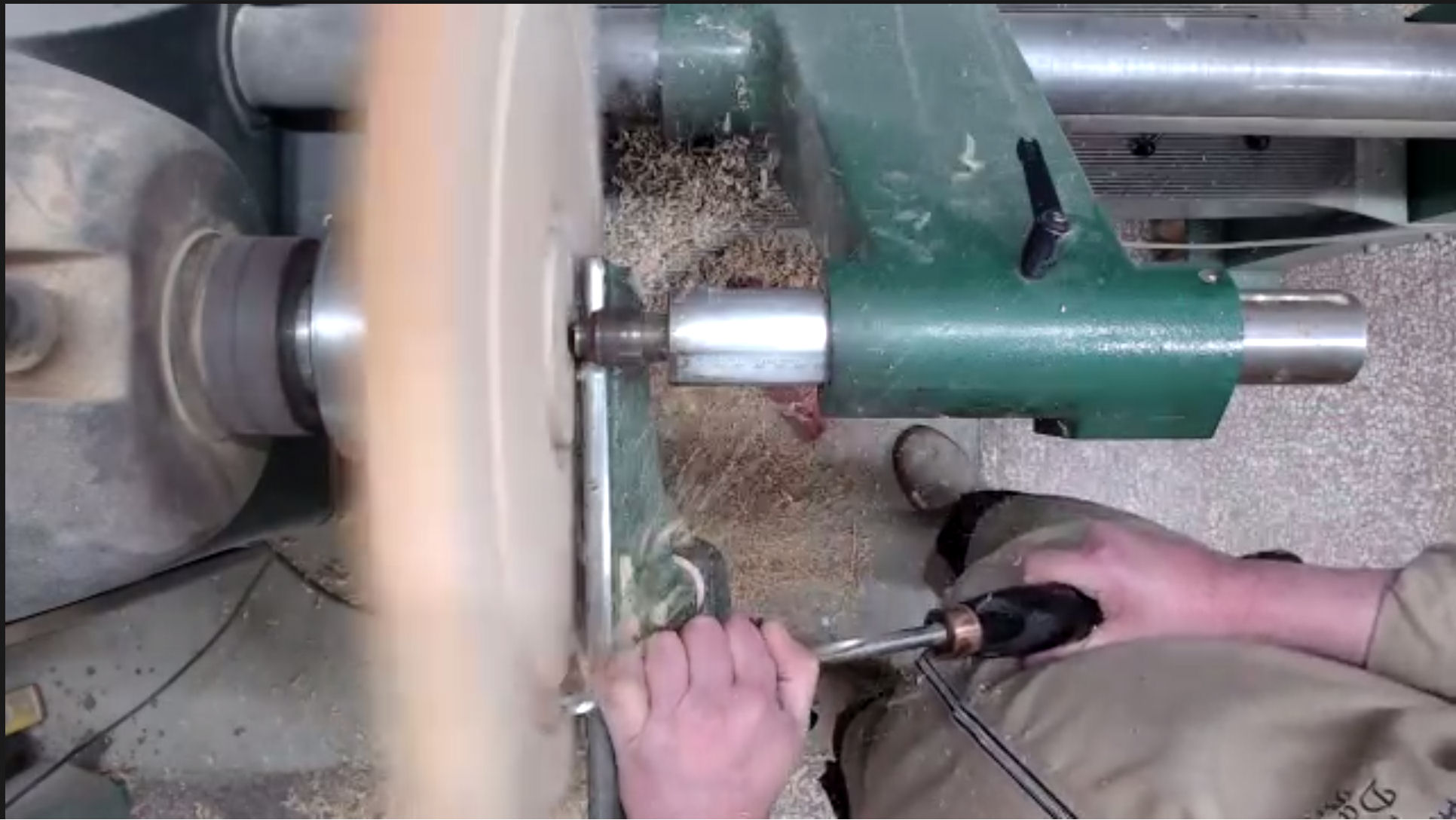 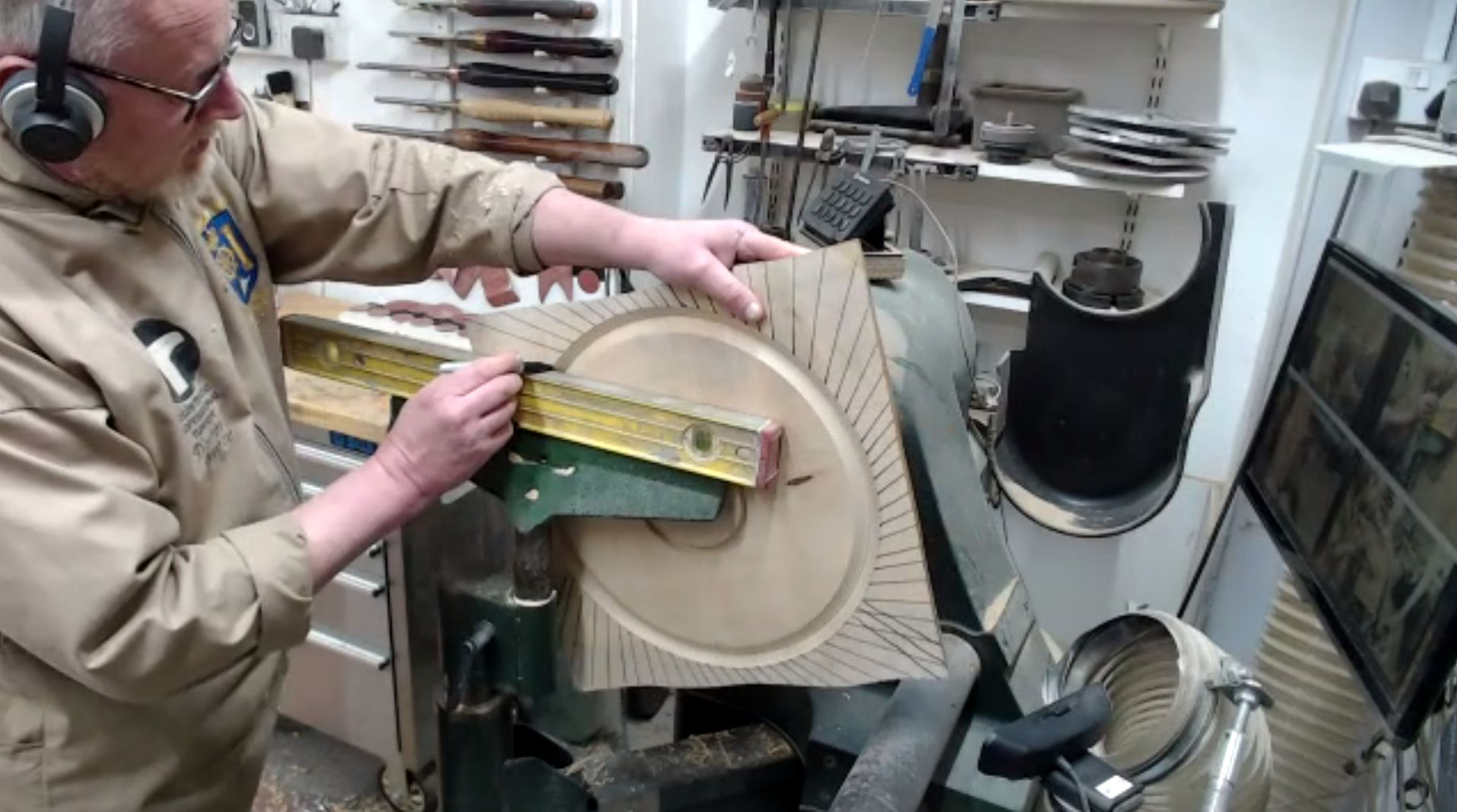 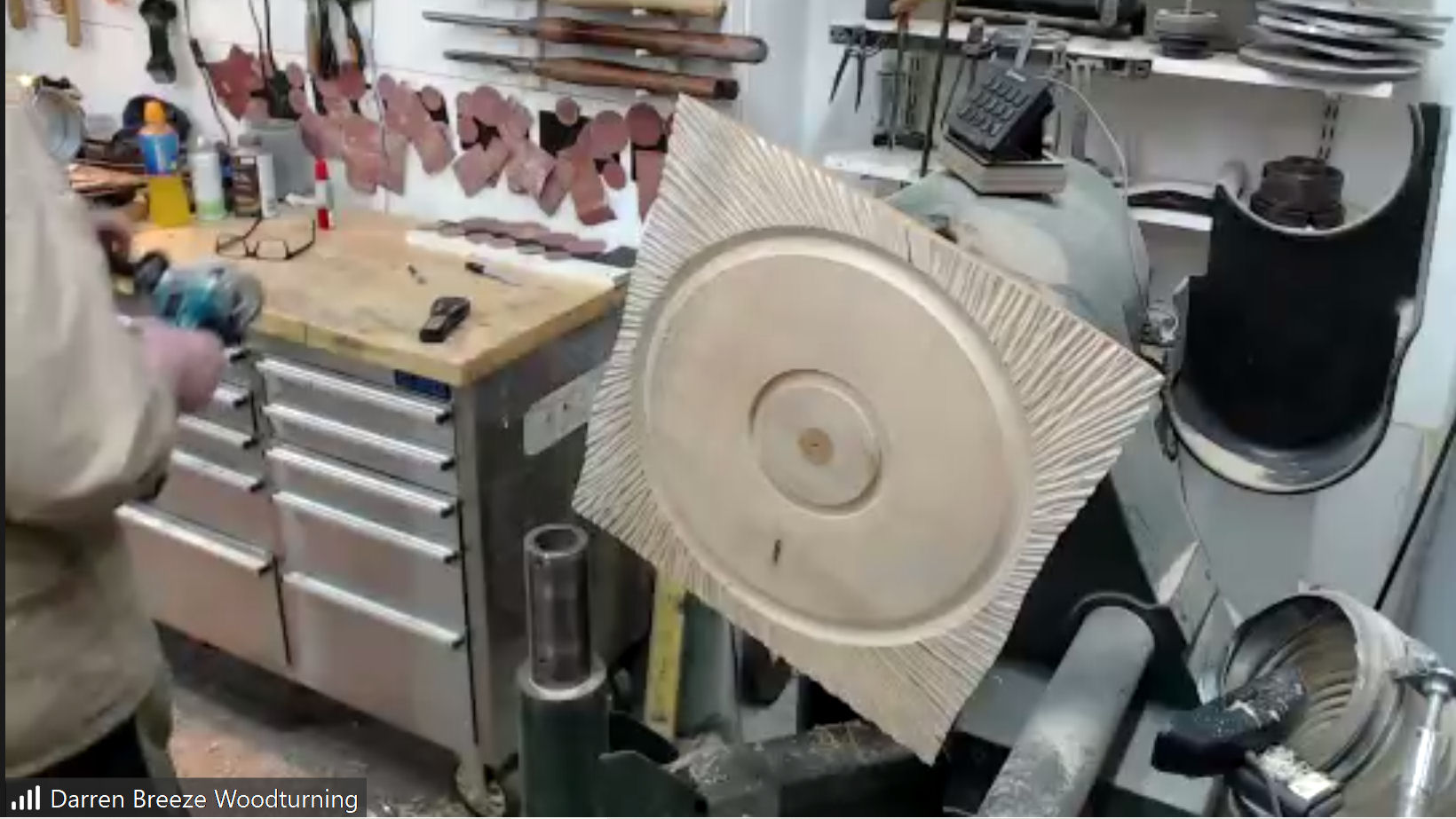 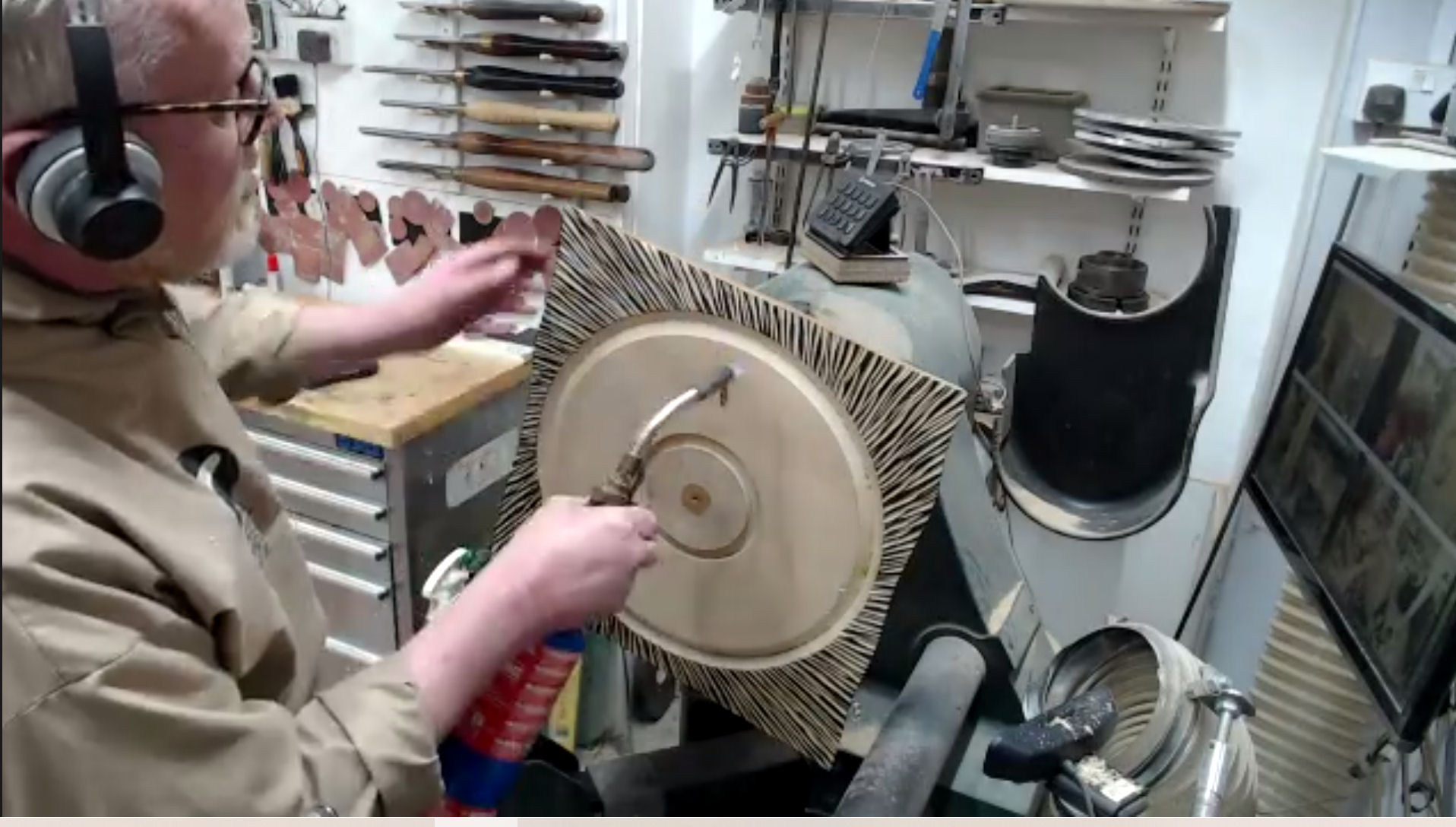 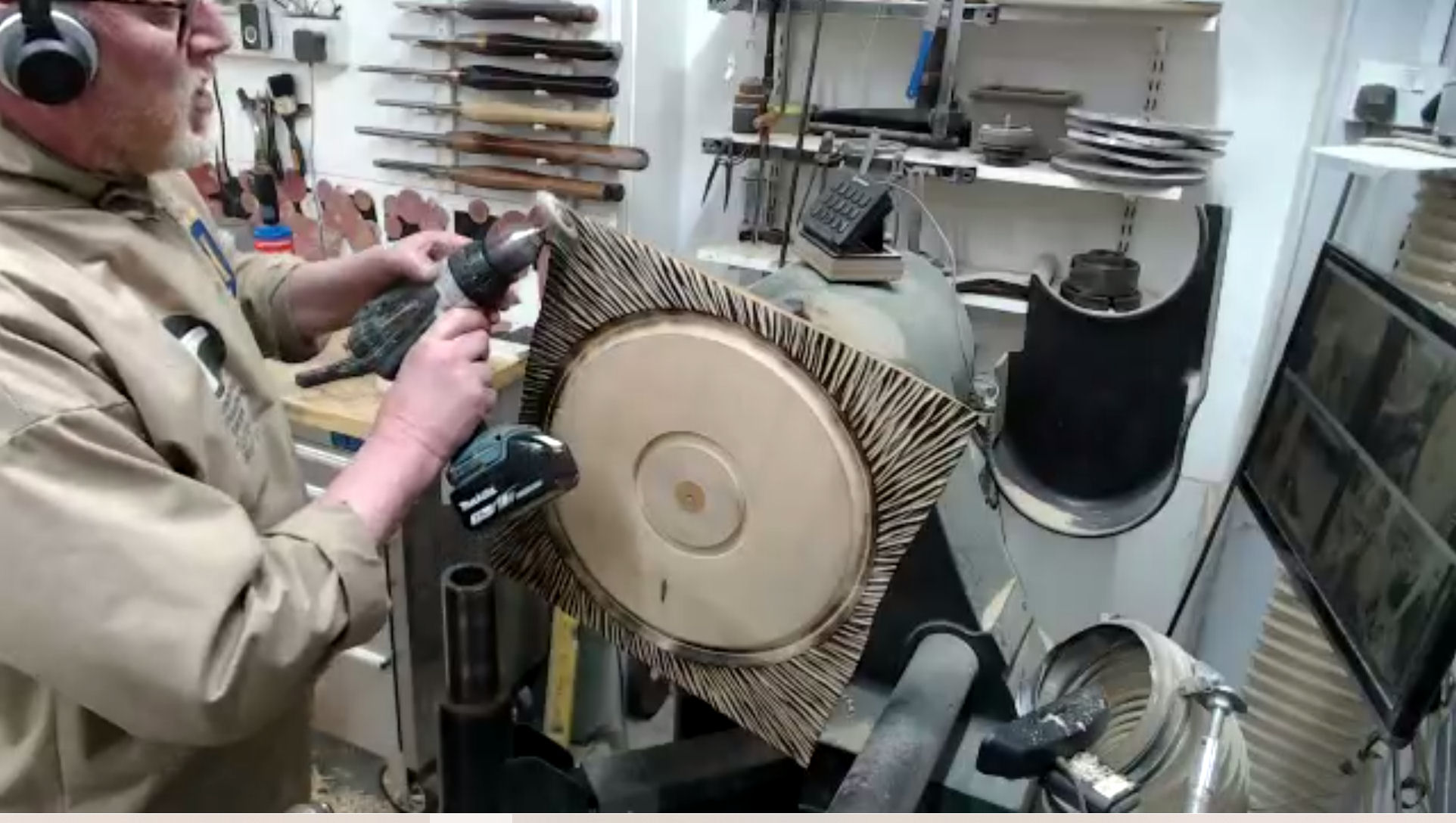 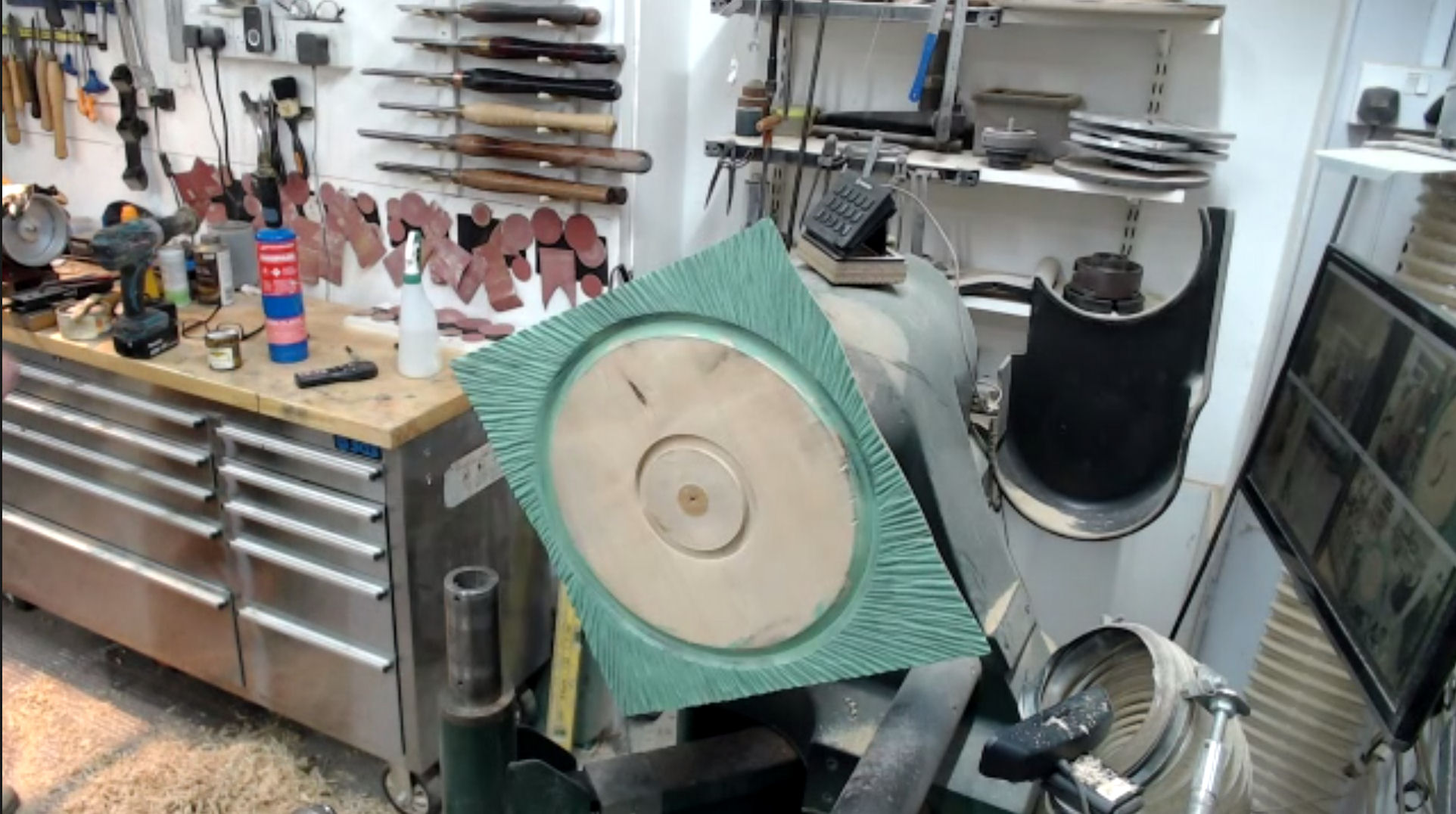 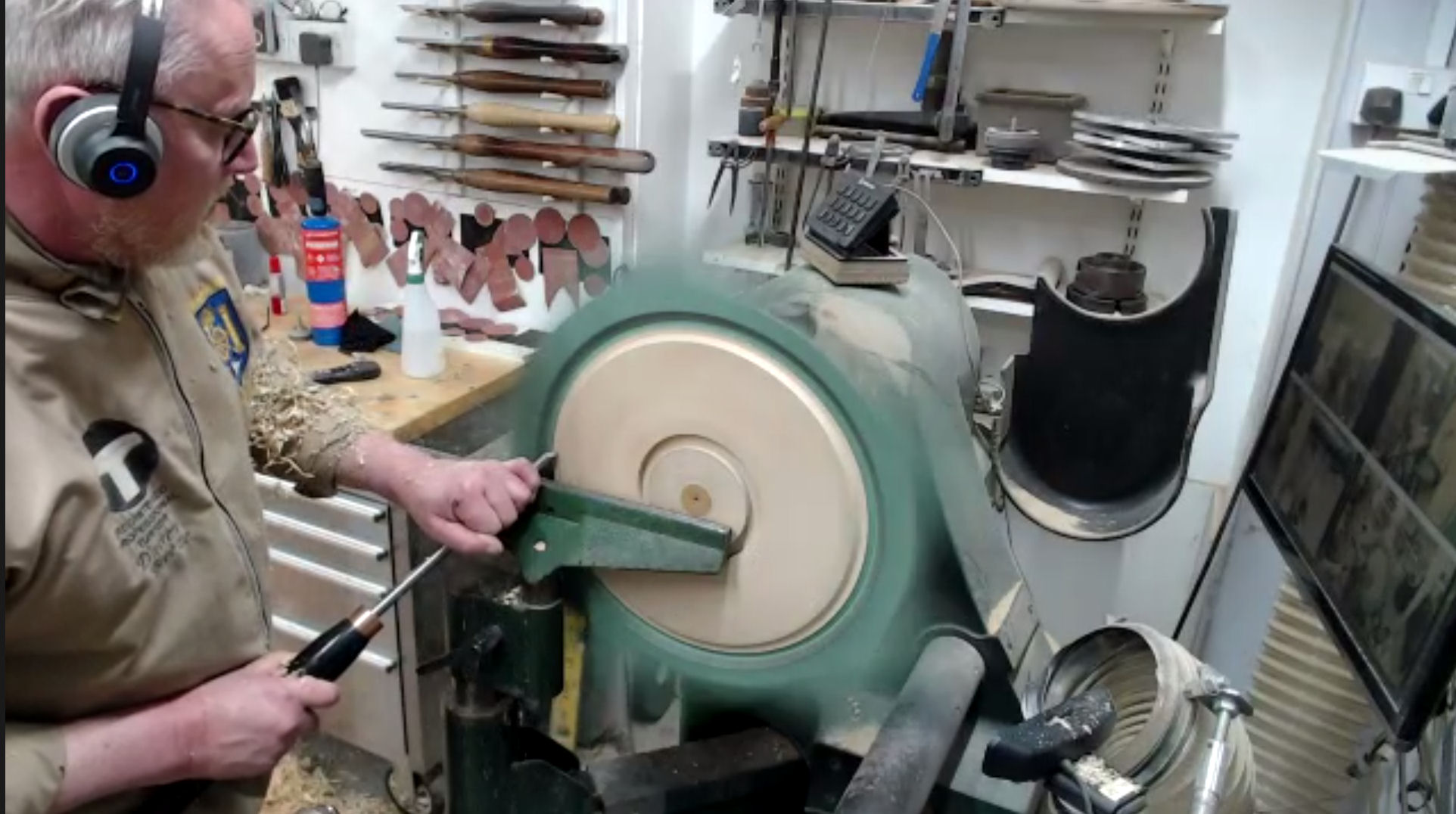 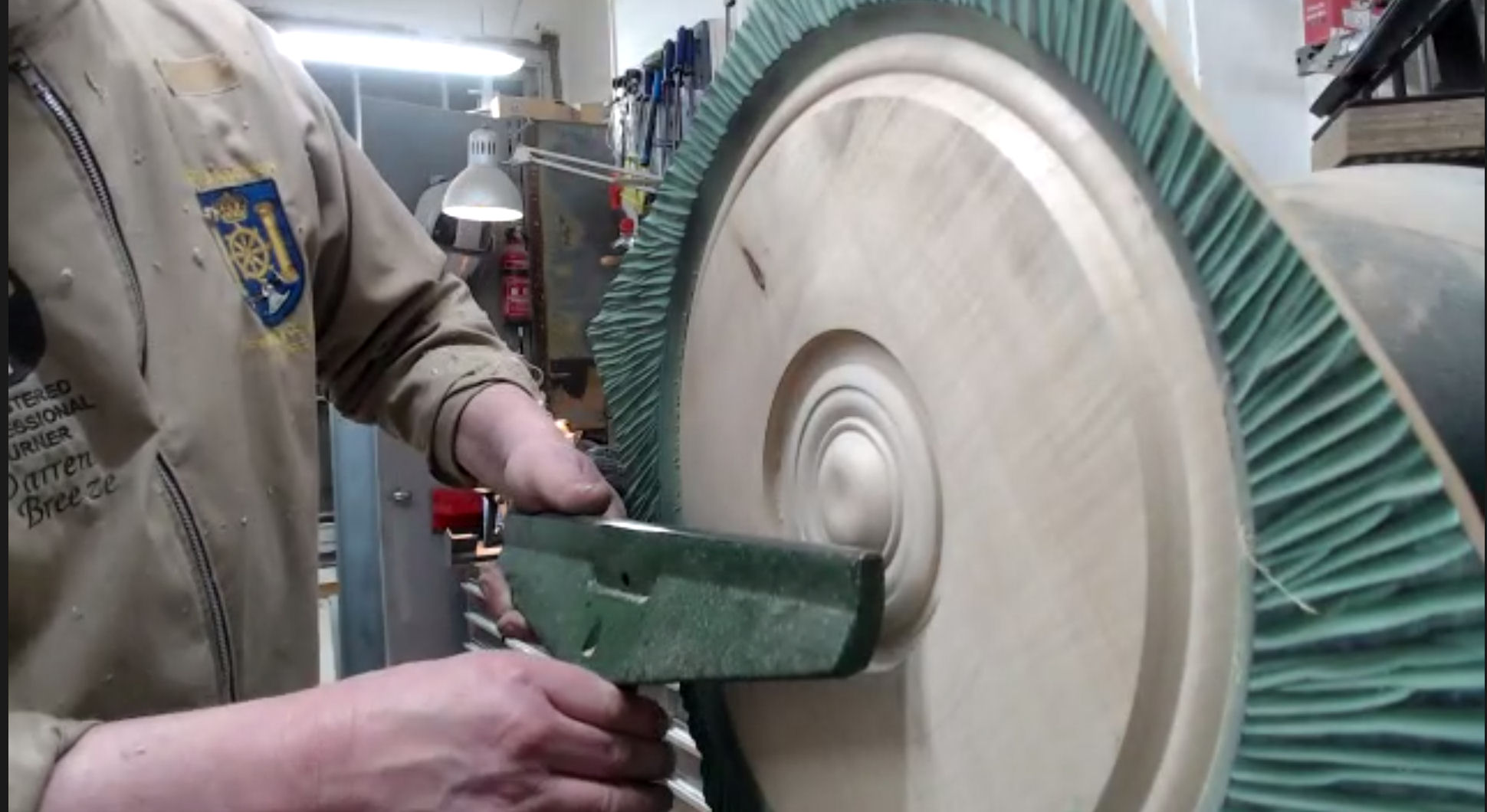 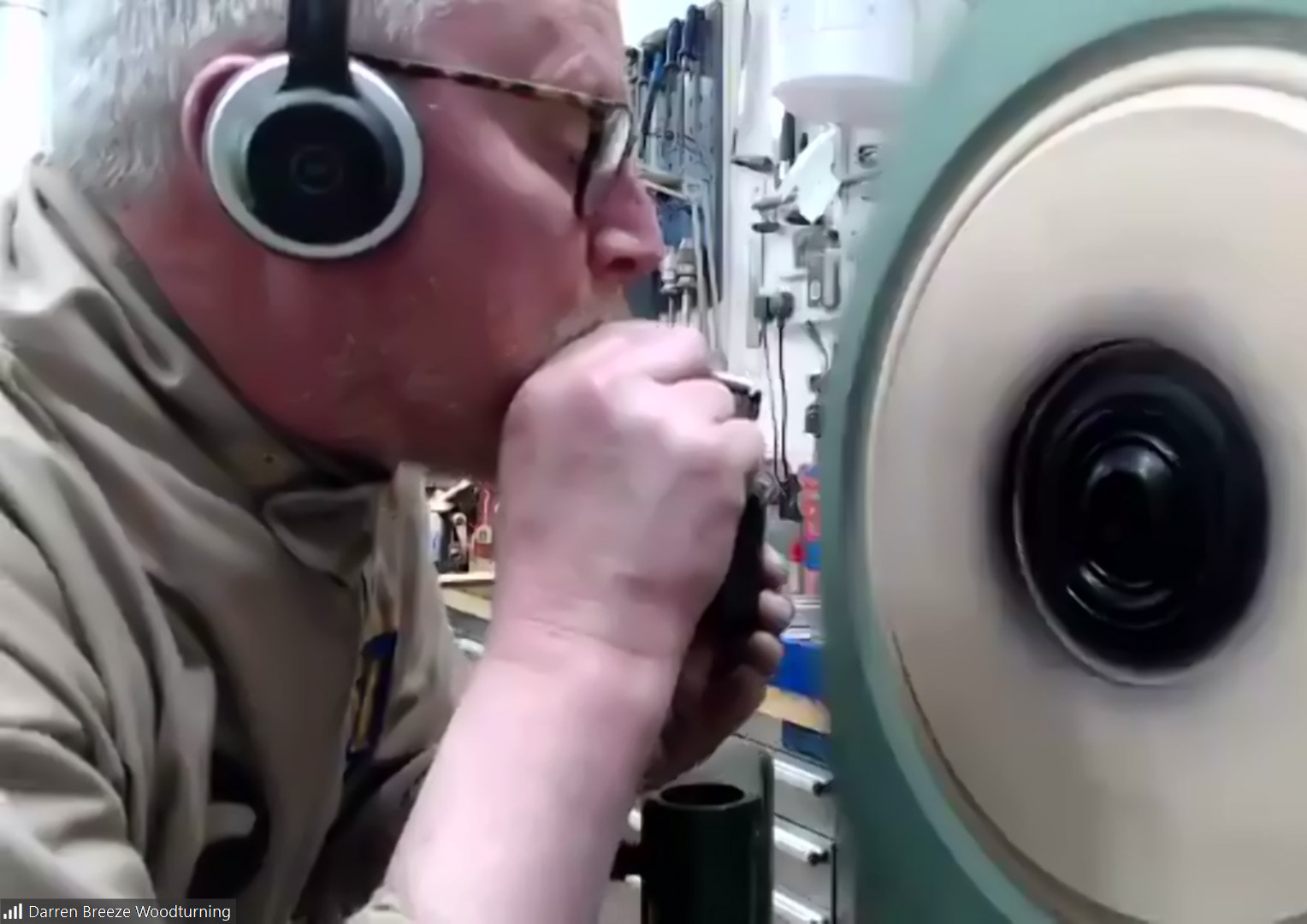 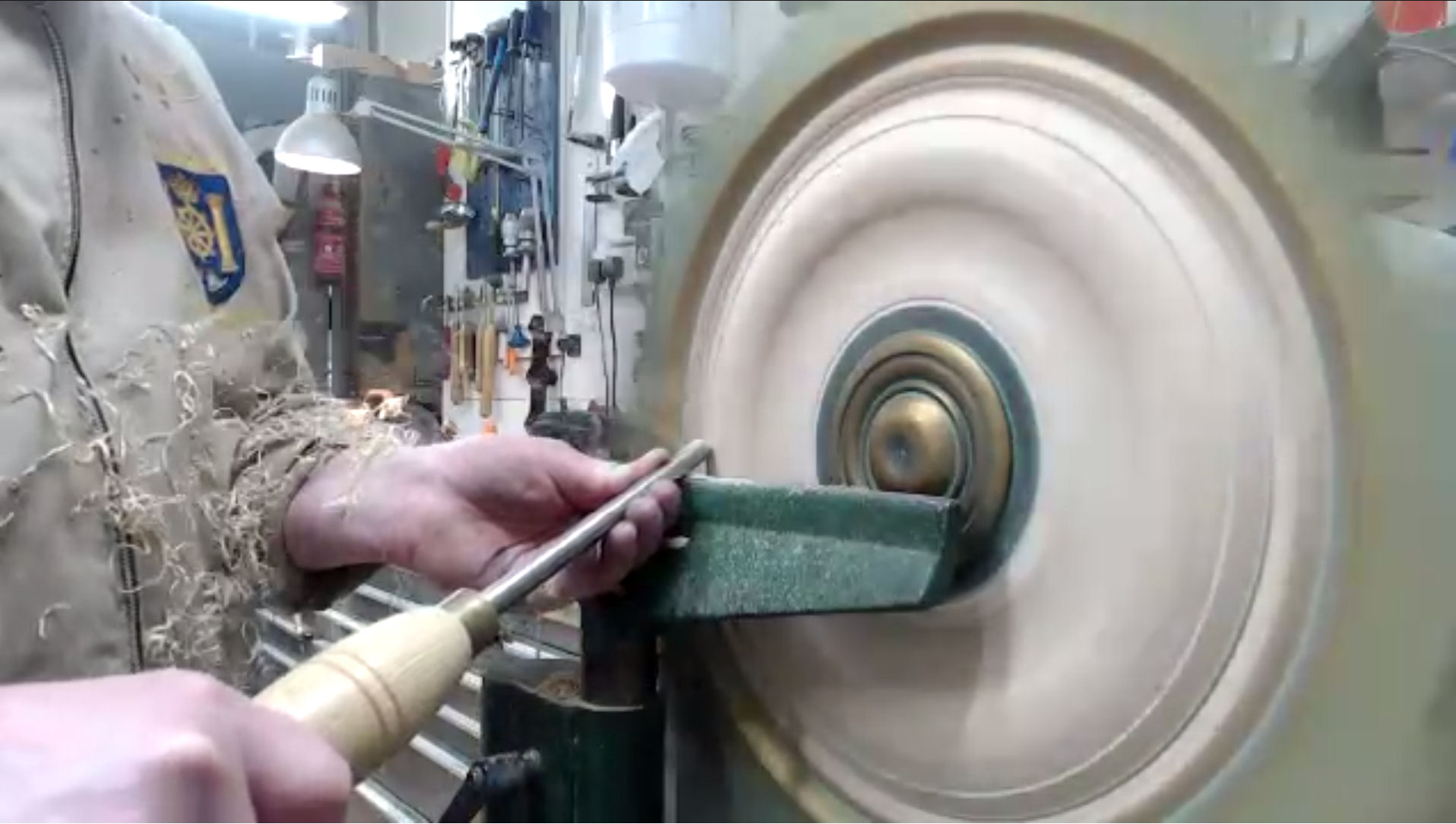 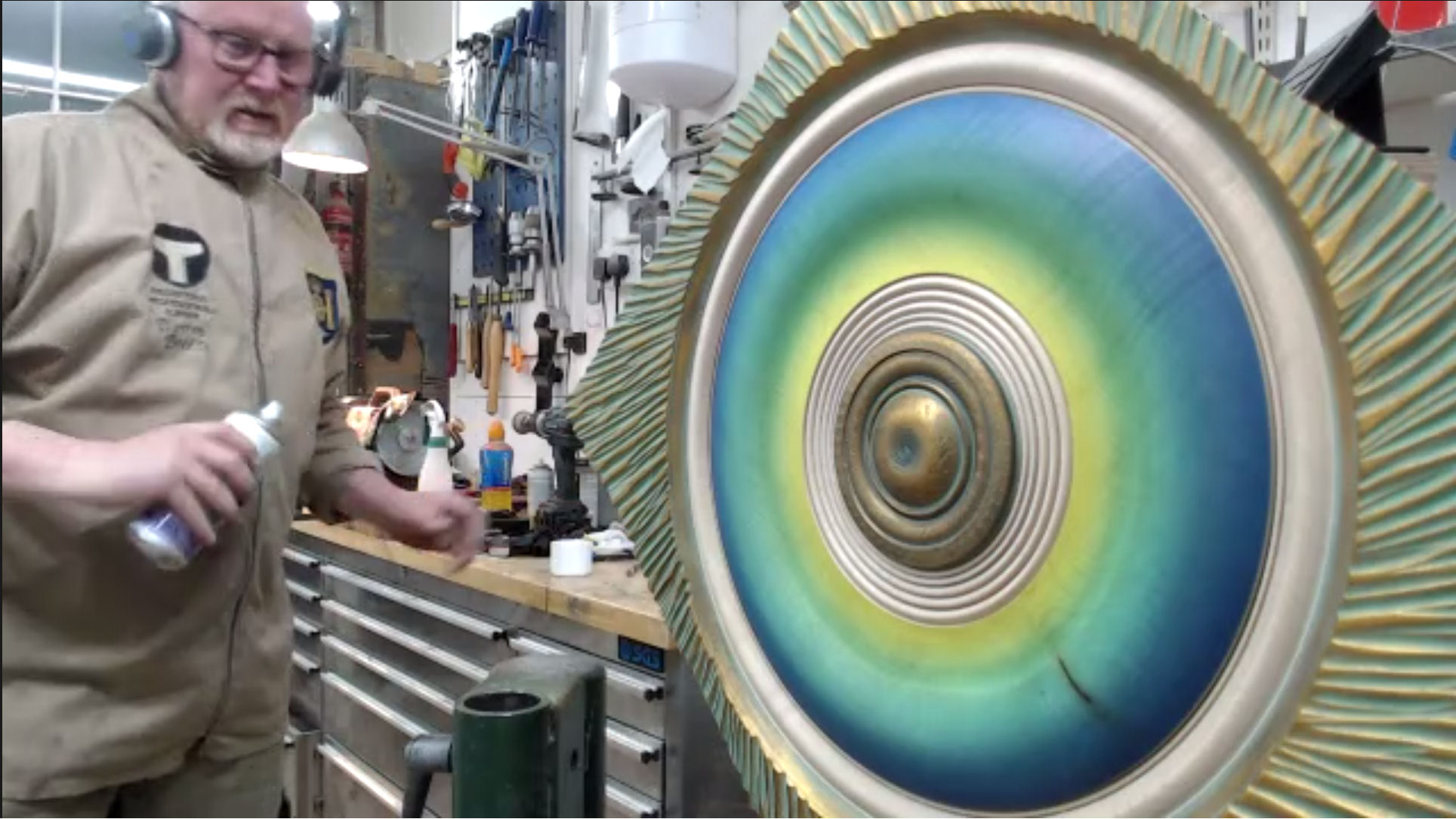 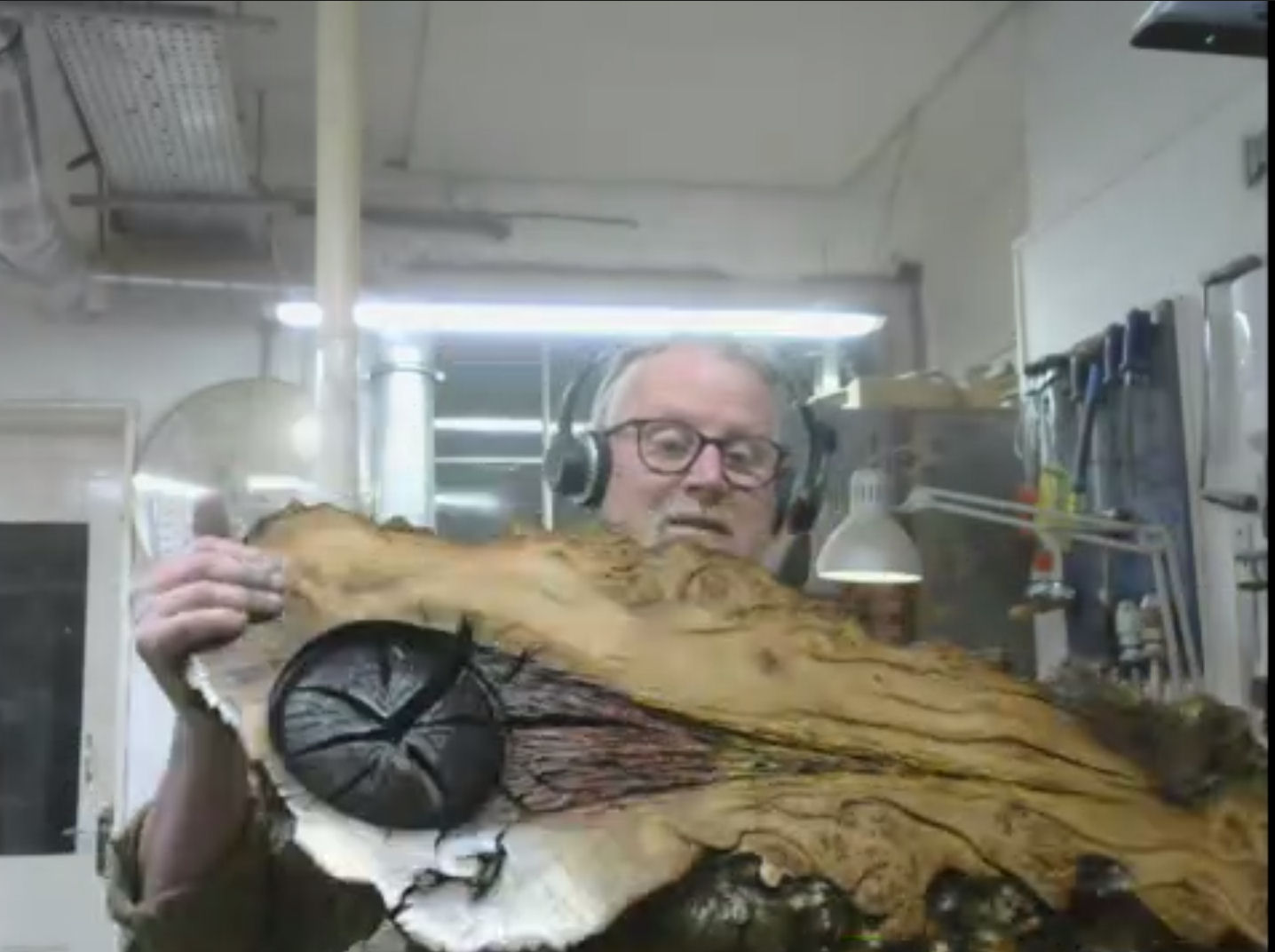 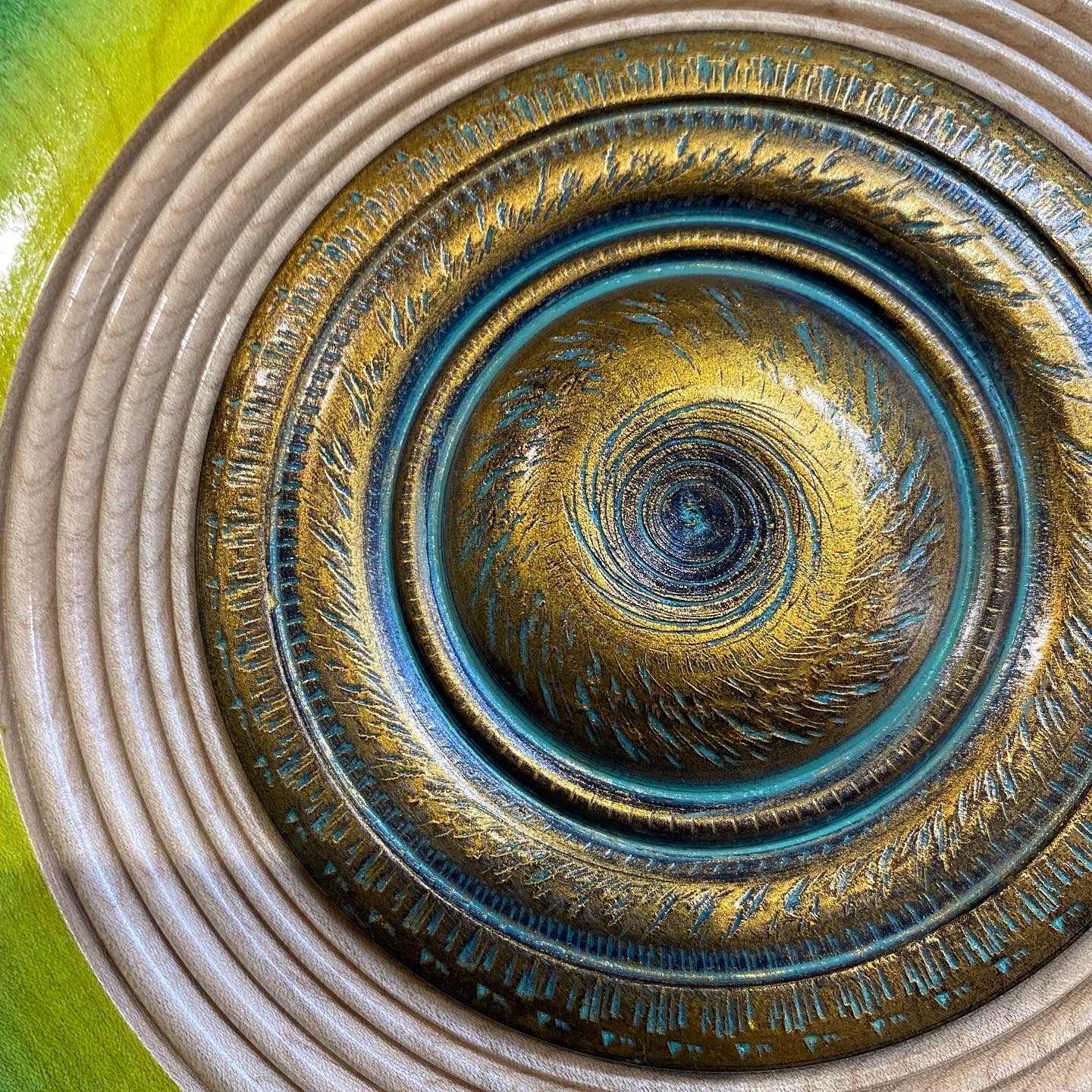 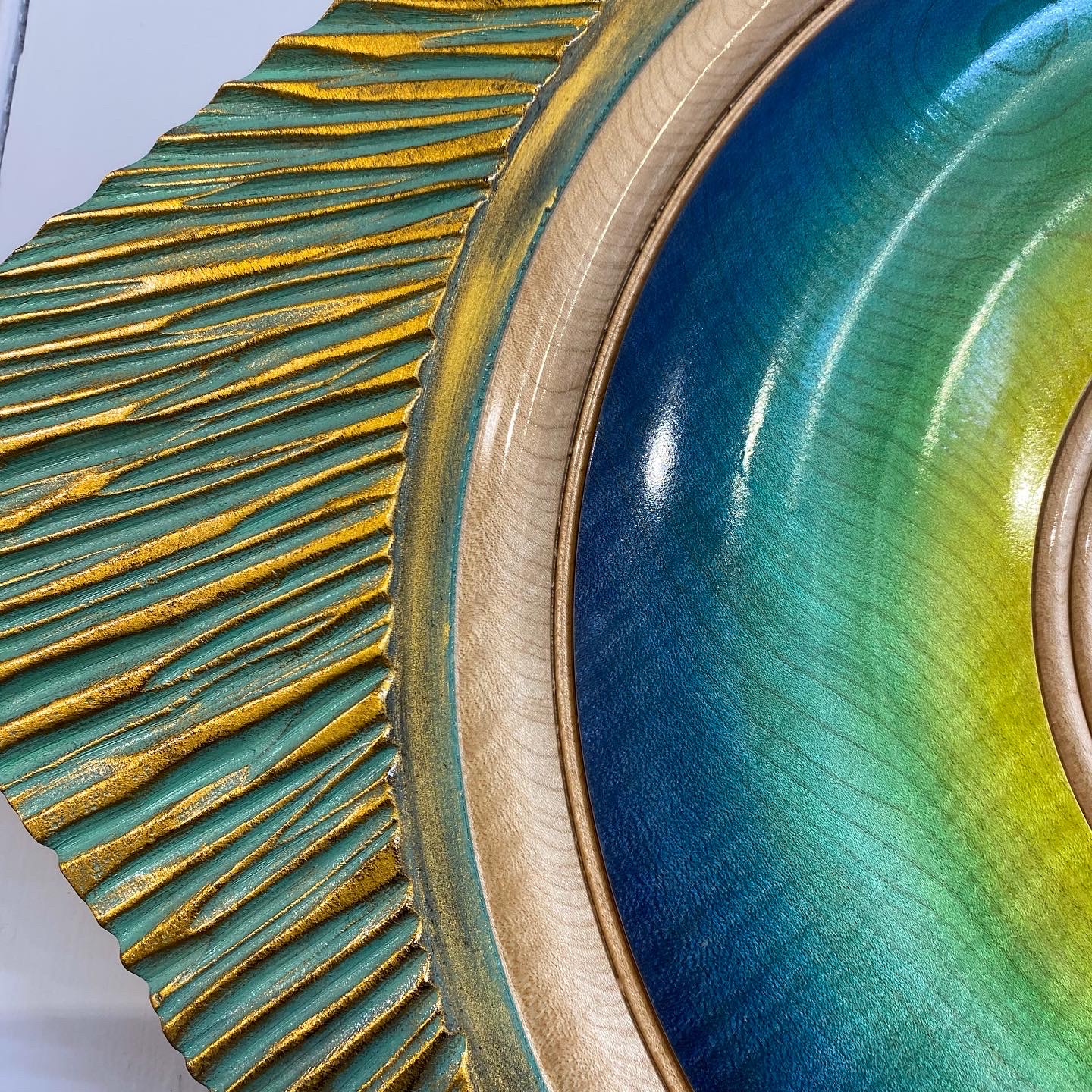 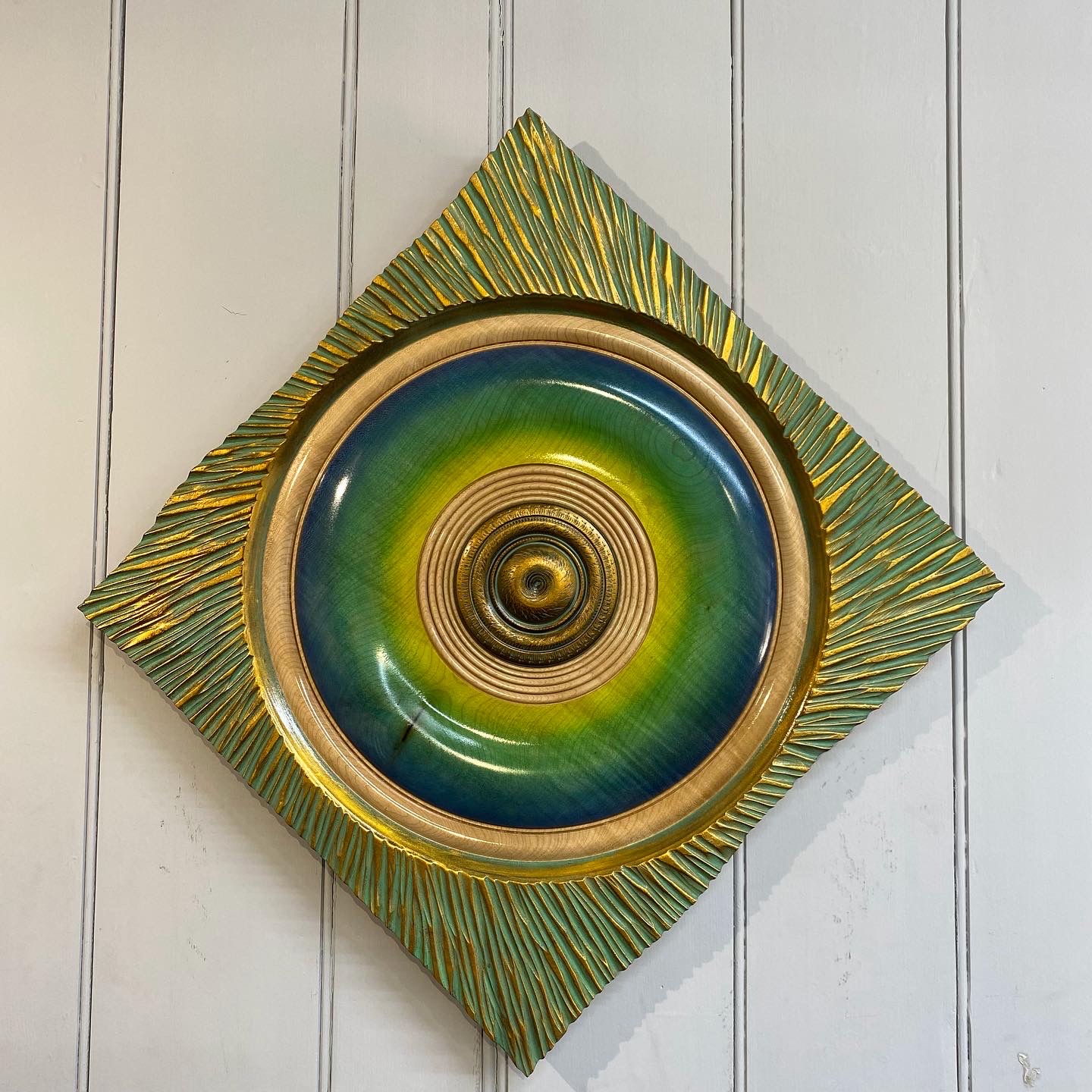 This Saturday, 26 Mar 2022, from 10am to midday, Mick will be opening up the Club Shop, so please pop in and pick up a bargain.

Next Hands on Night will be on the 12 Apr, so hopefully we will see you all there.  Don’t forget Chris will be doing a Pyrography workshop, so bring something to burn on to such as something you have turned or just a flat sanded piece of good plywood to practice on.

Next Workshop Night will be on 19 Apr 2022. Please send in your photos/videos to go into the Show & Tell.

Our next online demo will be on the 26 Apr 2022 by Gary Lowe ‘The Tartan Turner’ who we have had before at the Club for a full day demo in May 2017, so it will be great to see him again. 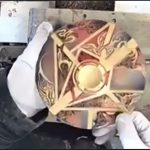 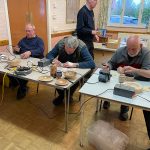