On a blustery February evening, thirty four of our members were transported by the magic of the internet to the magnificent studio of woodturner Glenn Lucas situated in County Carlow in Southern Ireland. The studio has the address Flander’s Cross, Knocklonegad, Bagenalstown. At the sound of that, West Ashby seems a little mundane!

Glenn welcomed us by giving a slide show tour of his outstanding purpose-built woodturning training centre and its surrounding buildings including a sawmill and a heated wood drying facility. Glenn also noted that he came from a long line of sheep farmers but had decided to pursue a career in the timber trade thus making him, in his own words, “the black sheep of the family”.

Being a production turner specialising in the production of salad bowls and platters, Glenn also showed us how he evaluates and cuts his logs so as to maximise timber usage but also ensuring he is working with the wood in order to minimise movement of the turned article.

Glenn had decided to make a traditional Irish platter and showed us a very old example on which his design would be based. He attached a faceplate to the piece and mounted it on the lathe. The first job was to true the piece up and then start the shaping of the bottom. The idea was to create a shape from the base of the platter to the rim that would include both a gentle concave and a convex shape. This was made to look easy but demonstrated the wealth of skill and expertise that Glenn brings to his work in achieving both the correct shape and quality of finish straight of the tools.

The next task was to form a recess with the edge crisply finished at the correct angle with a skew chisel. The next stage was sanding which Glenn did using the rotation of the lathe combined with power tools in order to achieve the desired finish. A coat of oil later and the platter was held on the lathe using the recess, ready for hollowing.

The hollowing started with a determination of how wide the rim would be and at the inner edge of the rim both a bead and a half bead were created. The hollowing was completed using a combination of the bowl gouge and negative rake scrapers, a small scraper being used to clean up the edge near to the half bead on the rim. Sanding then followed using the same techniques as for the outside except that there were places where the lathe was stationary in order to allow sanding with the grain. A Walnut Oil was applied and the piece was complete.

Throughout the demonstration Glenn kept up a continuous commentary about why he used certain tools, how he used them and what he expected to achieve. He was a mine of information giving tips and advice. He was ably assisted by his wife, Cornelia who ensured that links appeared on screen when Glenn mentioned a particular tool or product. All in all this was a memorable demonstration in which there was something for everyone regardless of their turning ability and our thanks go to both Glenn and Cornelia for making the evening so enjoyable and informative. I am sure West Ashby has not heard the last of Bagenalstown!

For those fully paid up members who were not able to attend last night or just want to watch it again, you should have received today an email from our Secretary, Alan with a link to the recording that Glenn made of the demo.  We have access to it for only 48 hrs, so go and watch it now while you can.

Thank you Alan S for another great write up.  If you have not already done so, it is well worth going and looking at Glenn’s website and seeing how a true professional does it, he has numerous tools, DVDs and accessories for sale and if you fancy a trip over to southern Ireland you could always book onto one of his courses and learn from the master.  Check out his website HERE. 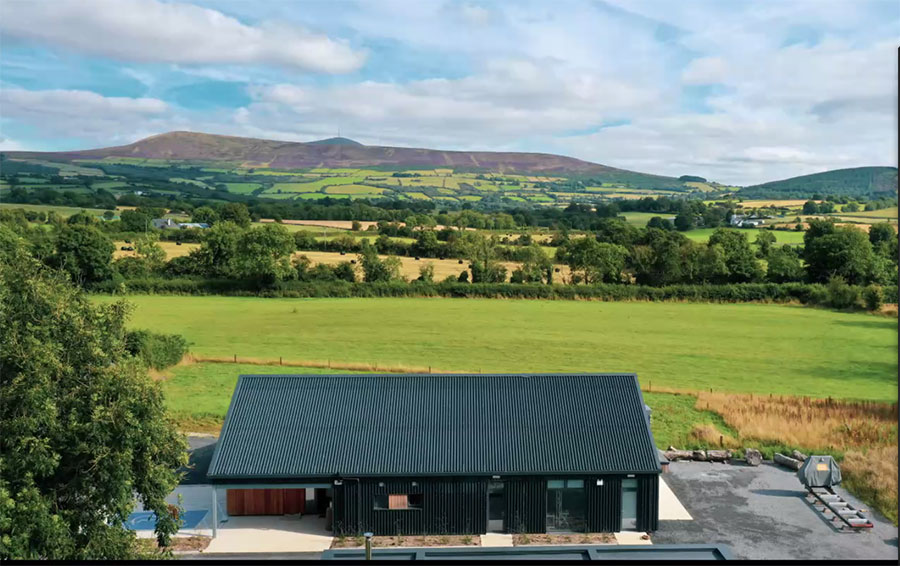 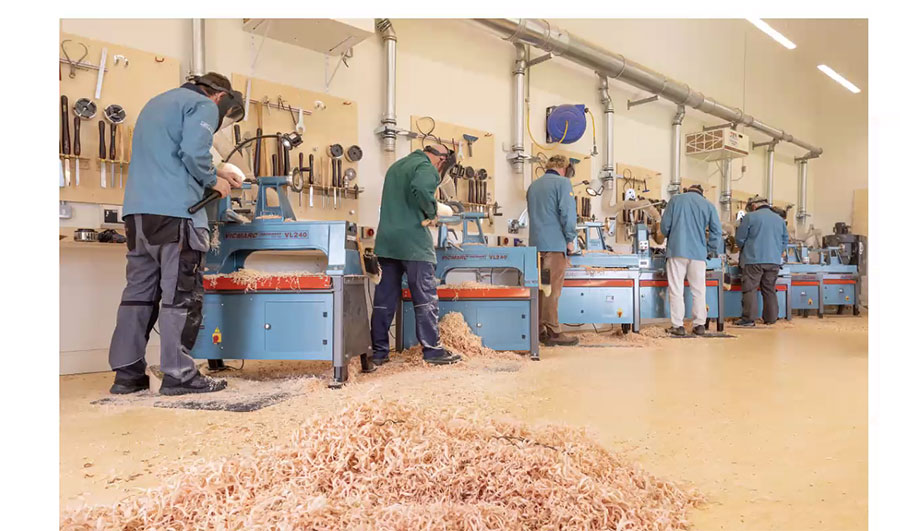 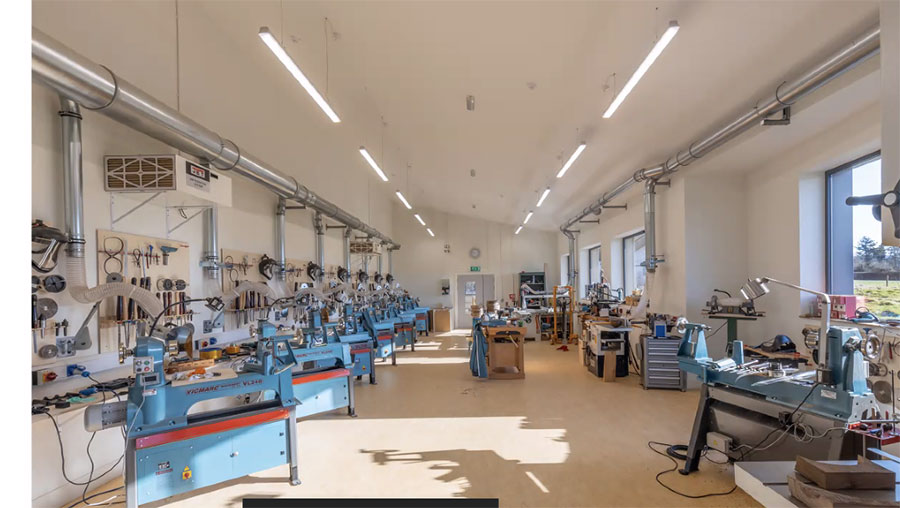 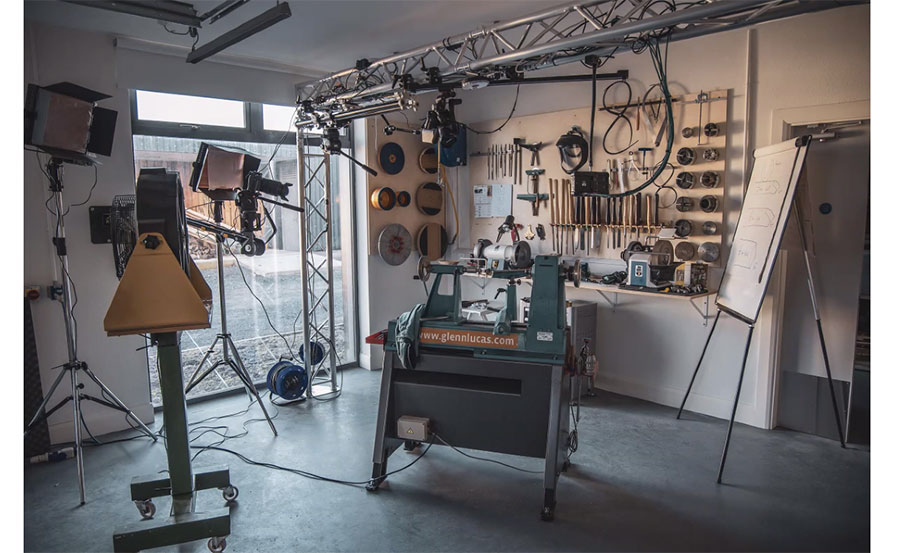 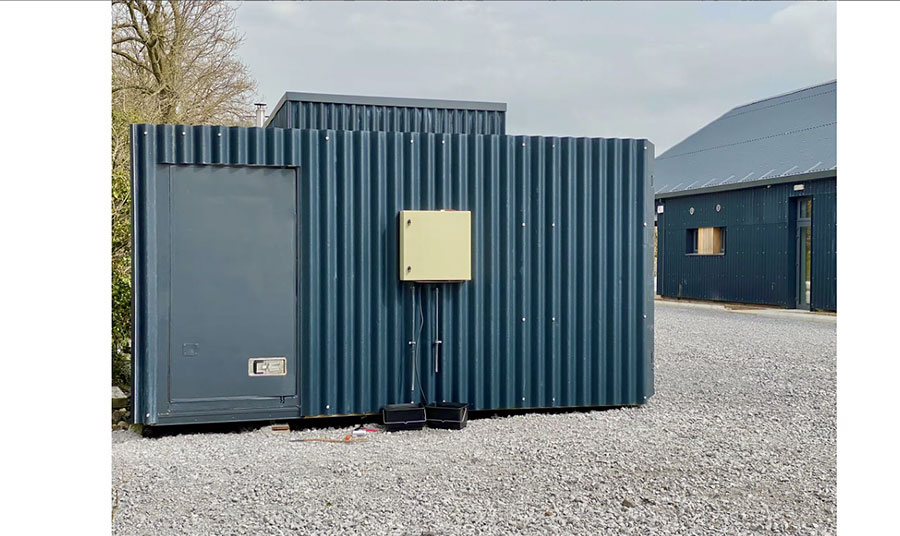 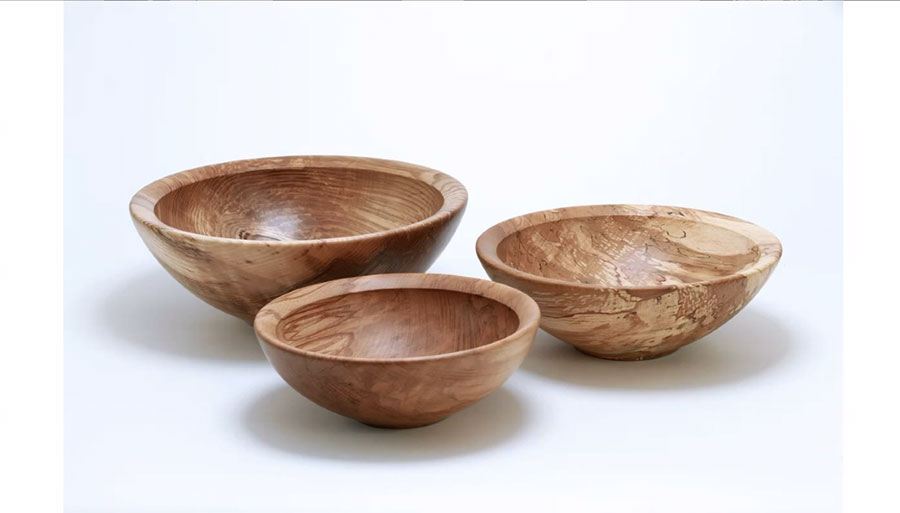 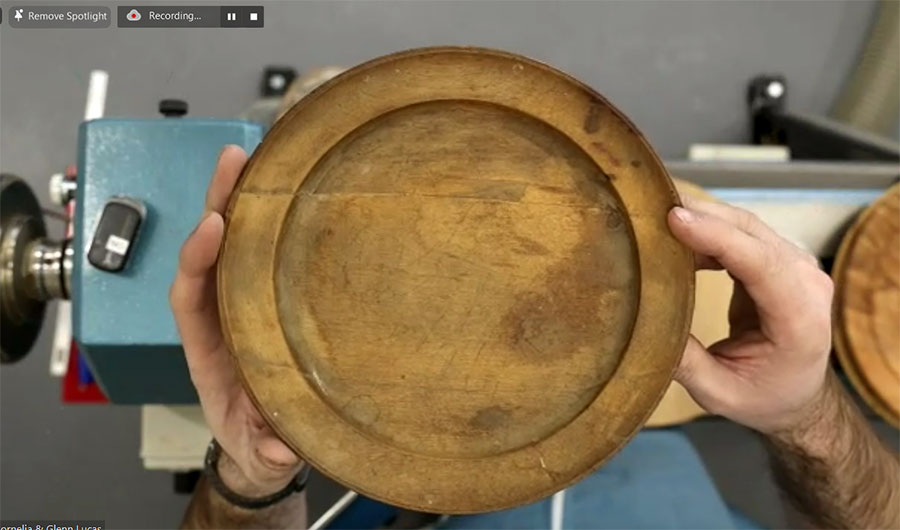 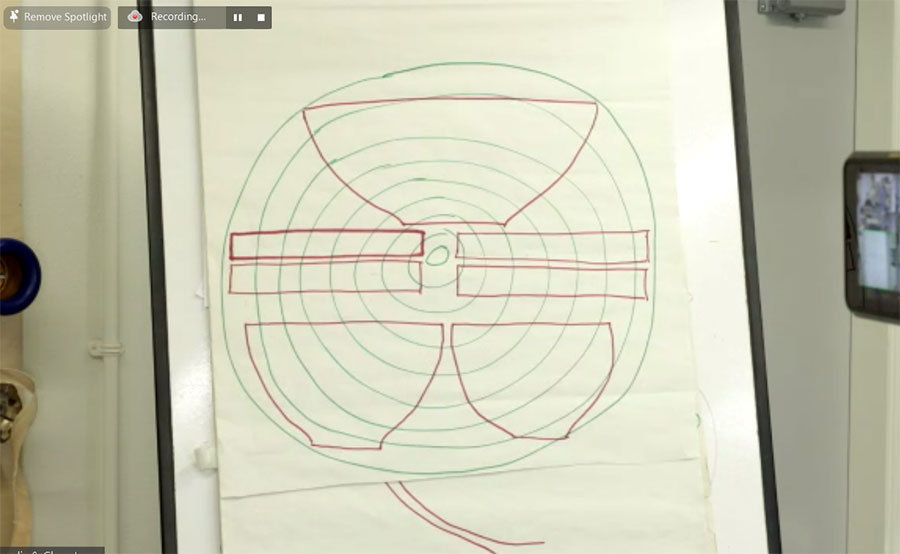 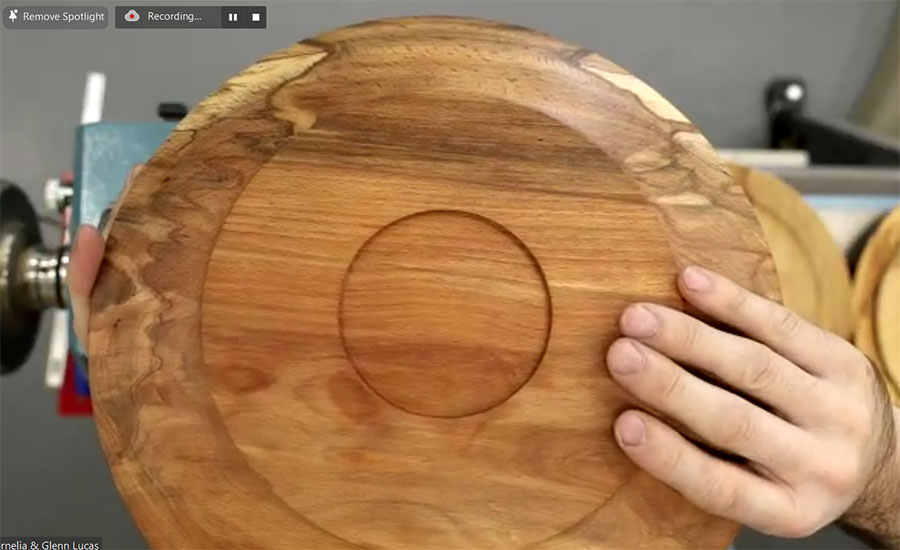 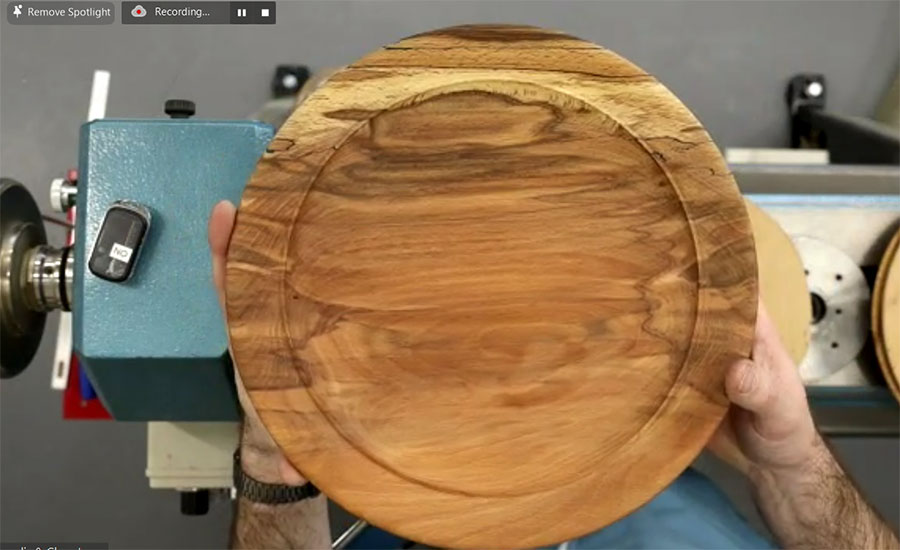 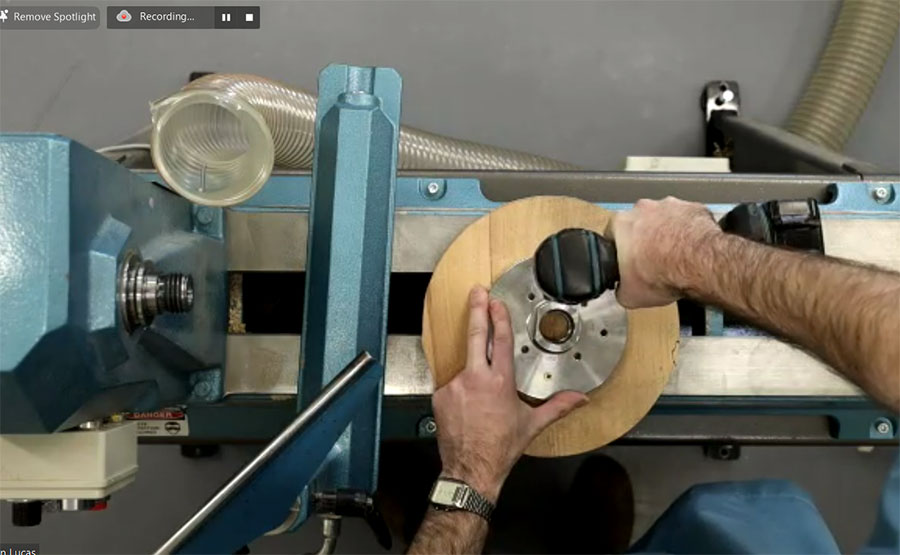 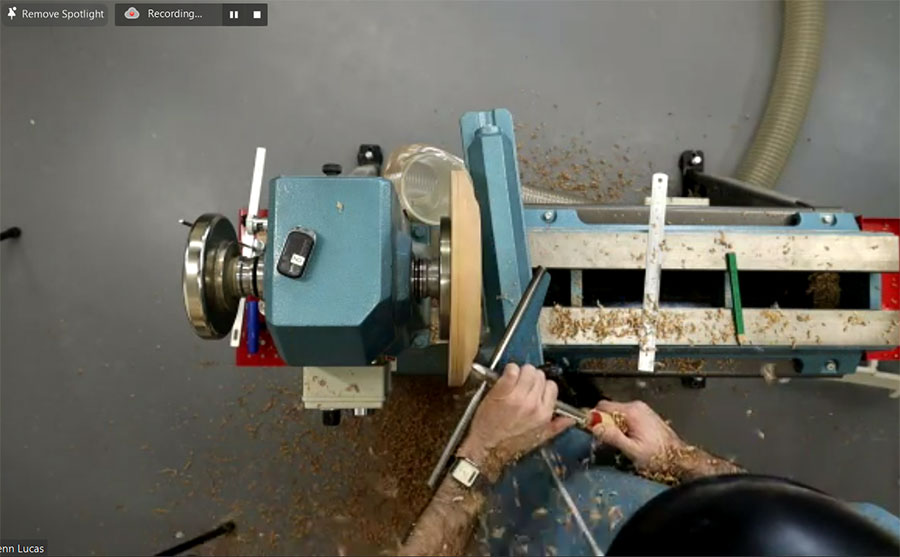 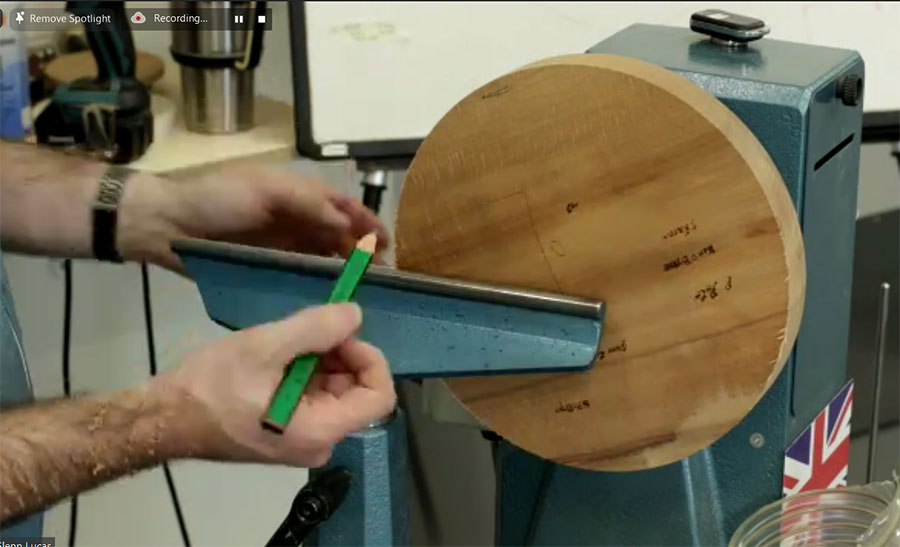 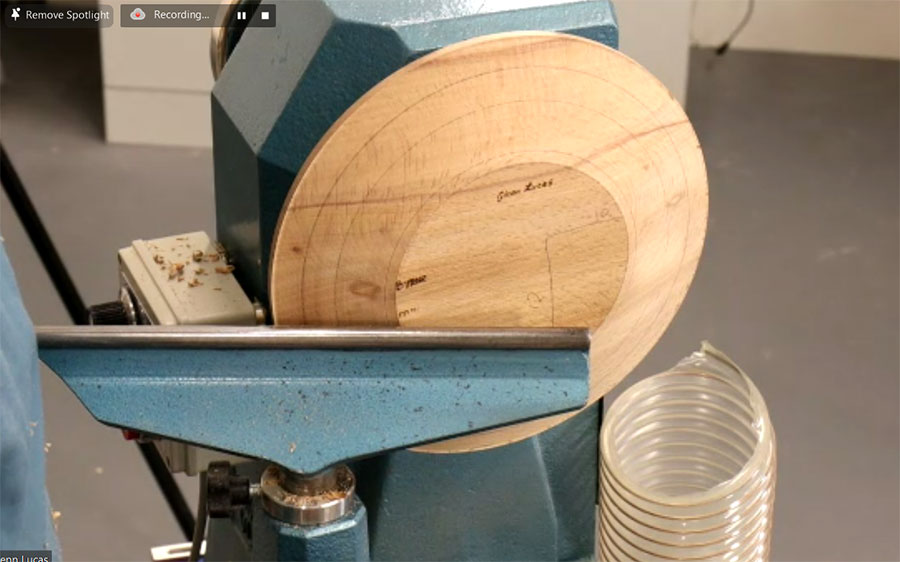 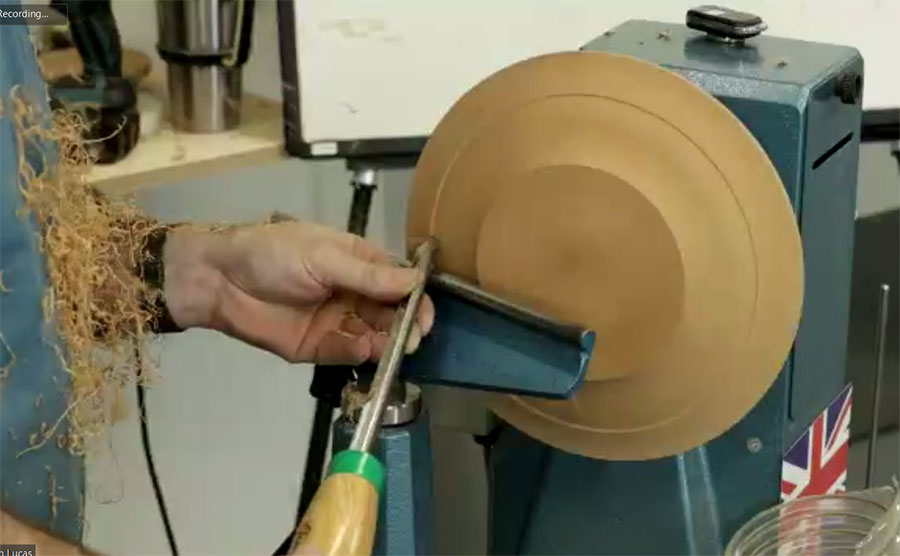 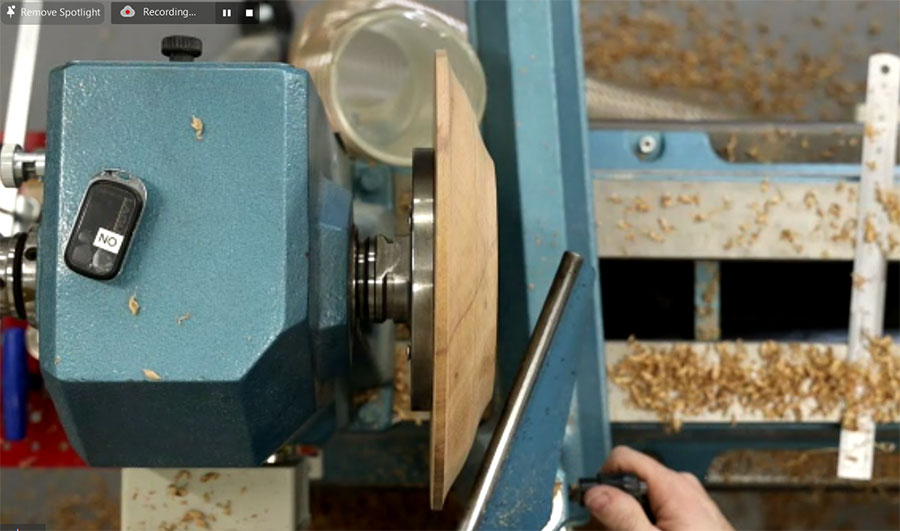 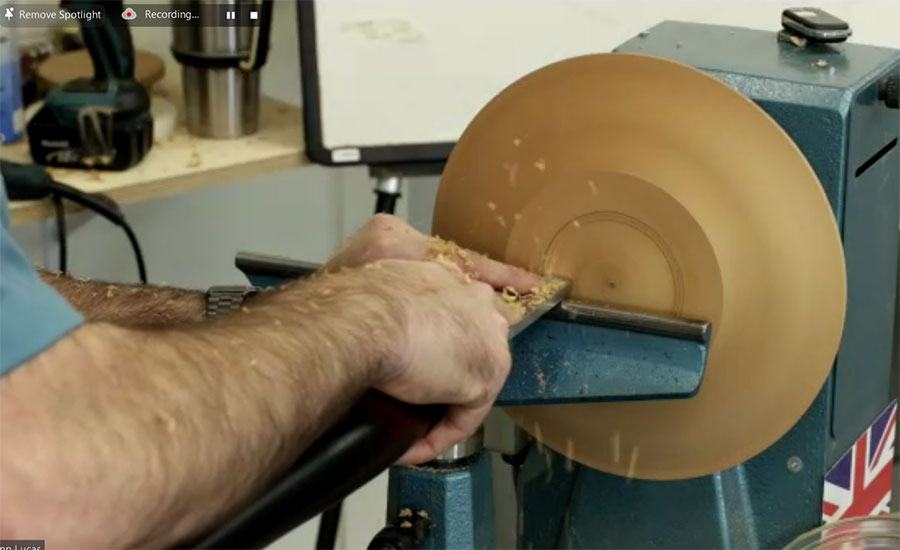 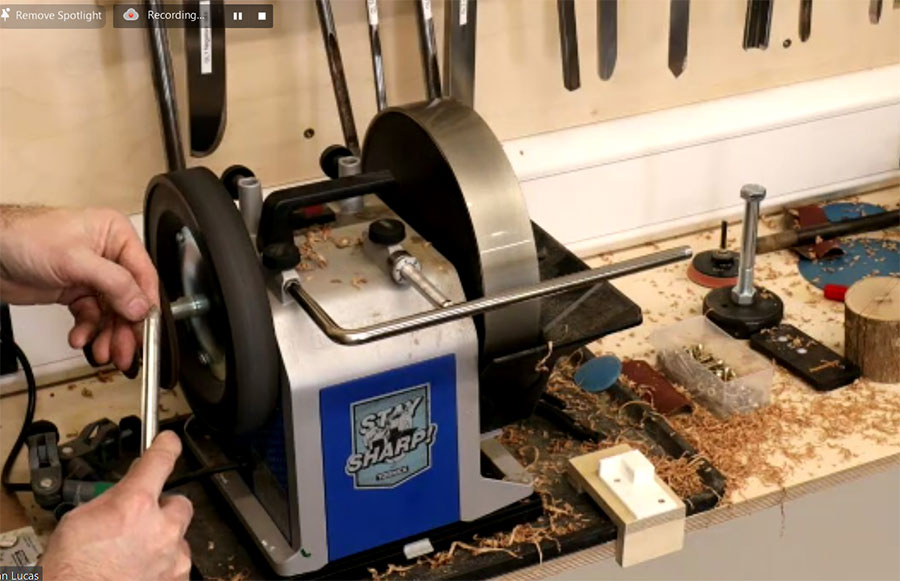 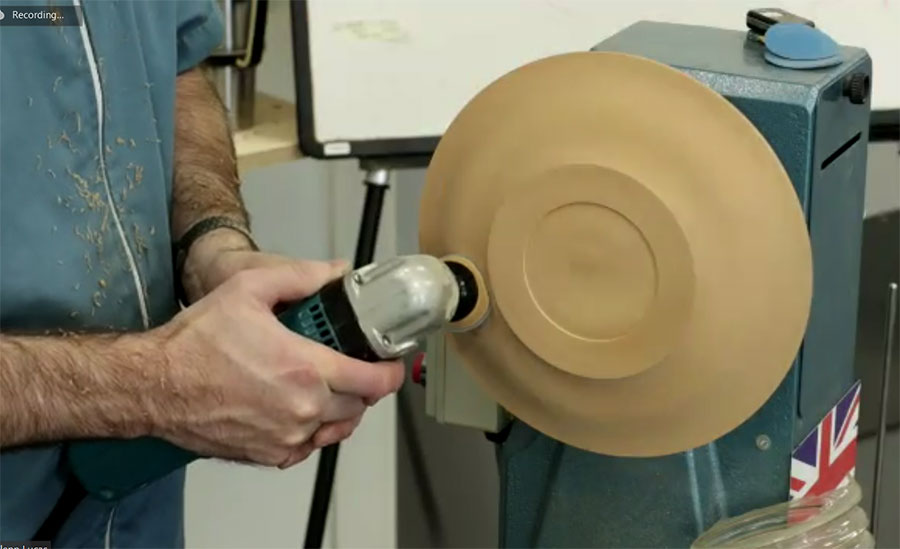 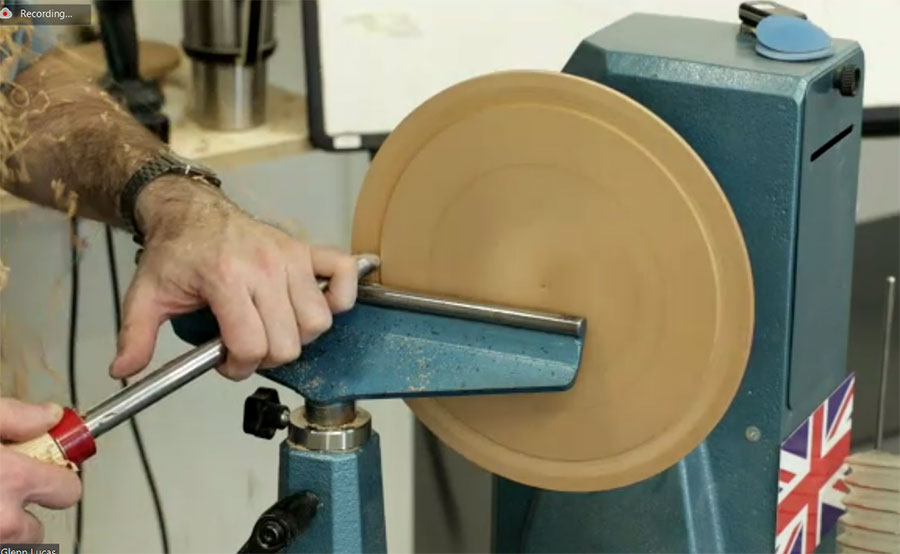 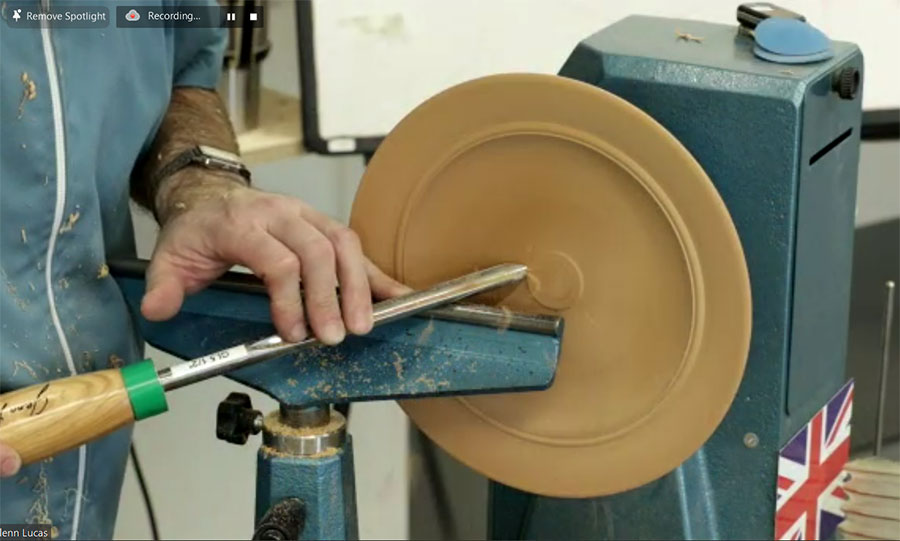 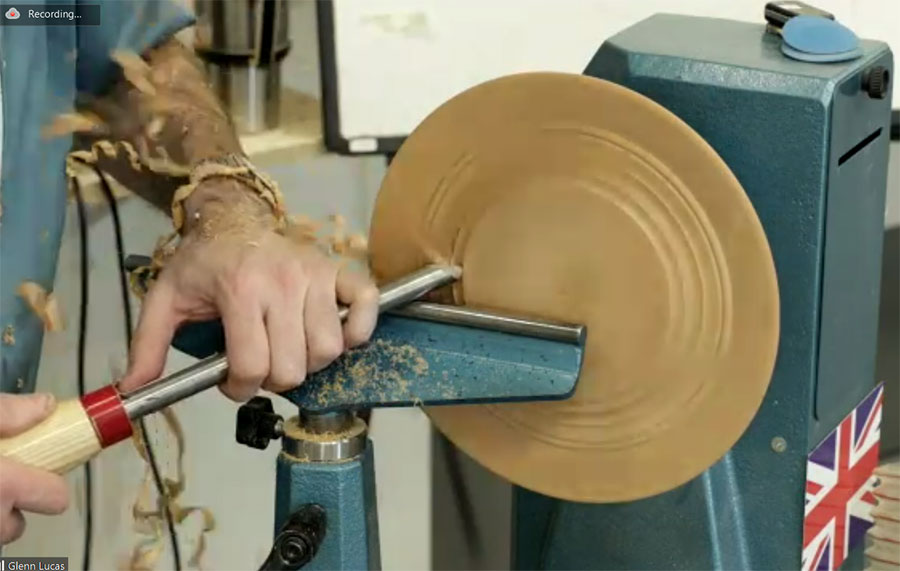 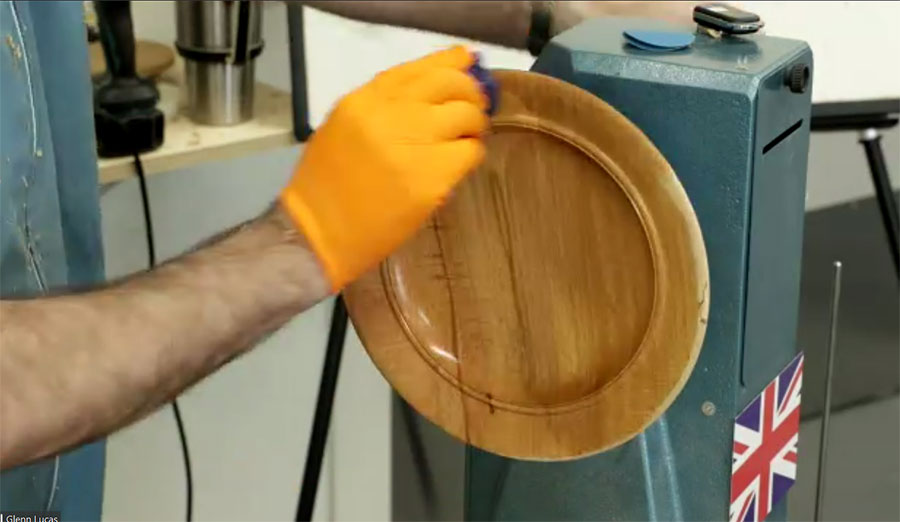 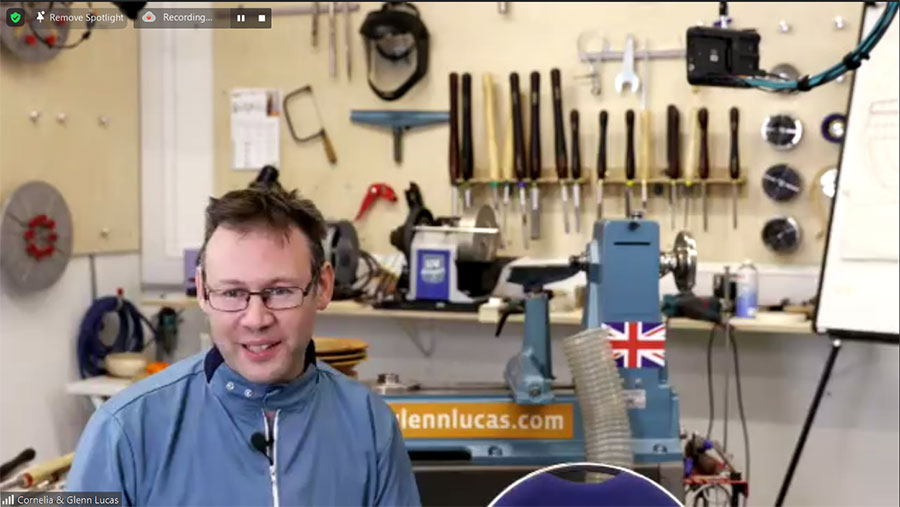 Committee Meeting on 1 Mar 22 on zoom, meeting link will be sent out in due course.

Next Hands on Night will be on the 8th Mar so hopefully we will see you there.

Reminder, no Workshop night in March, so your next online one will be on 19 Apr 2022.

Our next online demo will be on the 22 Mar 2022 by Darren Breeze following our AGM. 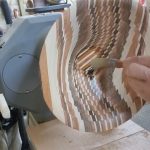 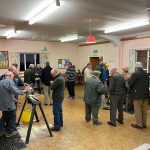