October has arrived and the nights are drawing in so what better way to spend an evening than attending the monthly online workshop Zoom meeting, a sentiment echoed by 26 club members.
This month all the technical gremlins that had been present in previous months had decided to take the night off and so we were all set for an evening’s entertainment from all three of our resident turners.

Chris opted to turn a Banksia Nut which is the fruit of a small tree that grows in Western Australia and is named after Sir Joseph Banks, a botanist who sailed with Captain Cook on the Endeavour. Banksia nuts are hard, solid and are easy to turn, but they do create a large amount of flying seed and chip dust, so use of a good dust mask and visor are recommended. As always, Chris sought advice from his audience as to what he should make and opted for Darren’s suggestion of a champagne flute. And so the turning started, initially with a spindle roughing gouge, the initial intention being the removal of the deep cavities that house the seeds and are a feature of the nut. The shaping continued in order to form the parallel sides of the flute and to remove the occlusions. Once that was achieved Chris drilled a hole to determine the depth of the flute and then hollowed it out using gentle cuts with a spindle gouge. Once hollowed Chris sanded the inside and outside of the flute and then worked on shaping the stem and foot ensuring that the foot was the same diameter as the top of the flute. As the seed housings had been removed once the flute had been hollowed out there were holes in the sidewalls which although not practical as a vessel for holding liquid was nevertheless and interesting and totally different piece of turning.

Zak, having been inspired by Jeff Hornung’s demonstration in September had prepared a bowl blank with contrasting inlays near to what would become the rim of the bowl and four inlays in the bottom of the bowl. Zack shaped the outside of the bowl using conventional techniques and then turned his attention to the hollowing out. As the hollowing proceeded the inlays at the top became visible as did those in the bottom. As often happens when turning, the path to the finished article did not always go smoothly but Zak coped admirably with the spigot breaking and then a catch near the rim, both incidents causing the piece to part company with the lathe. Using the old maxim that problems are simply design opportunities Zak completed the bowl and no one (other than his audience) will ever know that the finished article was not exactly what was intended from the beginning. As a bonus offer Zak then turned a lid for the bowl and the piece was finished.

Alan meanwhile had decided to make a sycamore bowl which would be textured on the outside. The wood was mounted on a faceplate and the shaping of the outside began. Alan formed a foot and a recess to allow the bowl to be held in the chuck in expansion mode when it was time to hollow it out. The outside was shaped using both pull and push cuts and the shape finessed using a negative rake scraper. Alan then used a Proxon tool to create texturing over the outside edge which would be then coloured and lacquered. The inside of the bowl was hollowed out using conventional methods. Because Alan had a specific colour combination in mind we were not able to see the finished article but we look forward to doing so when it is complete.

The evening also included a video from Dai Crawford who produced a sycamore bowl and coloured the outside using metallic paint covered with acrylic lacquer. The video will be posted onto our YouTube channel in due course. In the meantime whilst that is getting sorted out, check out Dai’s last video on how he made the Donut Chuck, click HERE.

The show and tell item once again illustrated the skill and talent that many of our members possess and work from seven of them was on show. 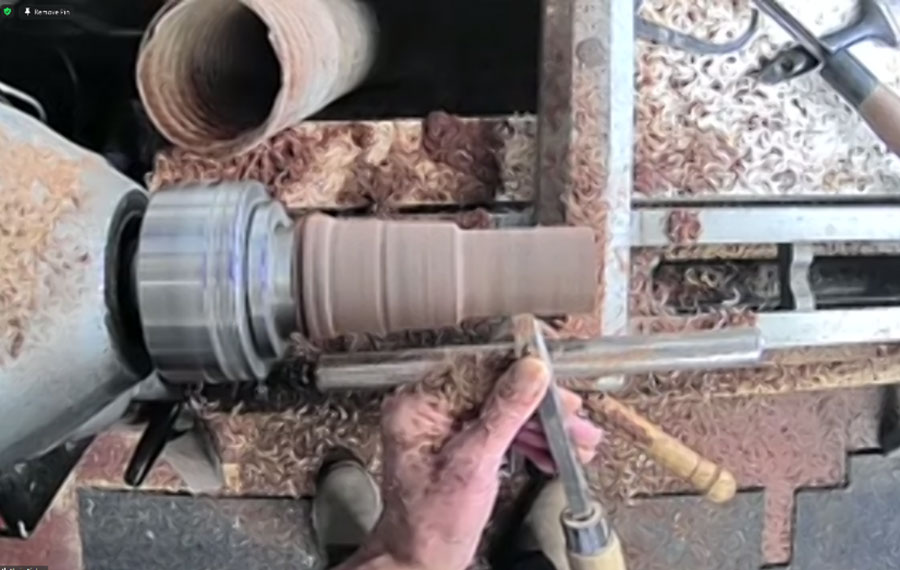 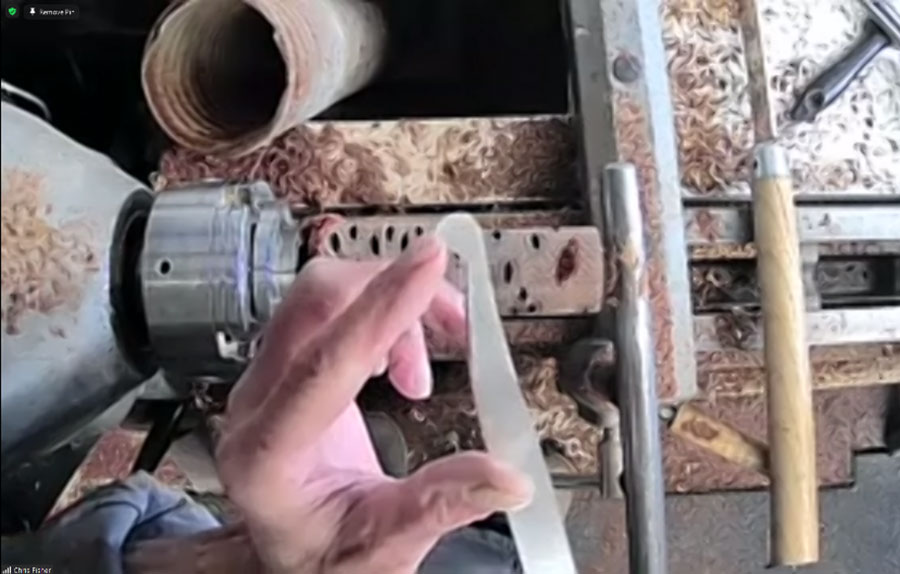 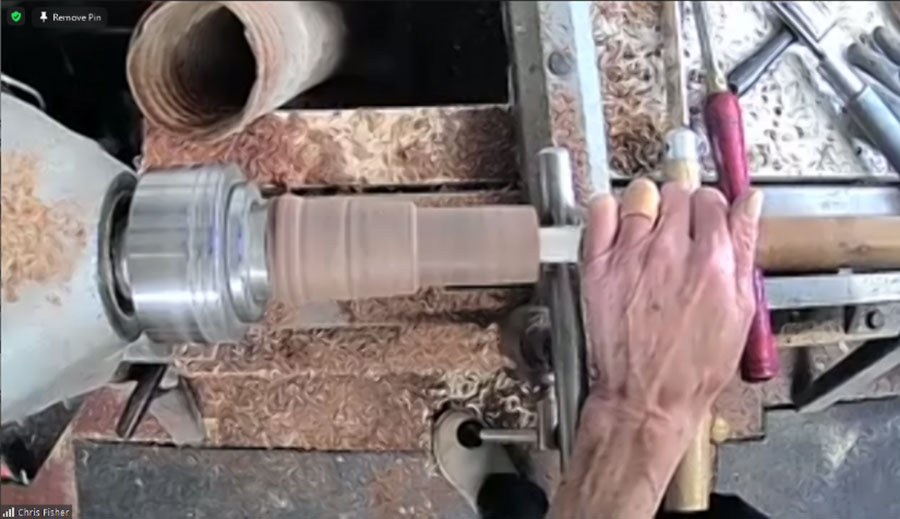 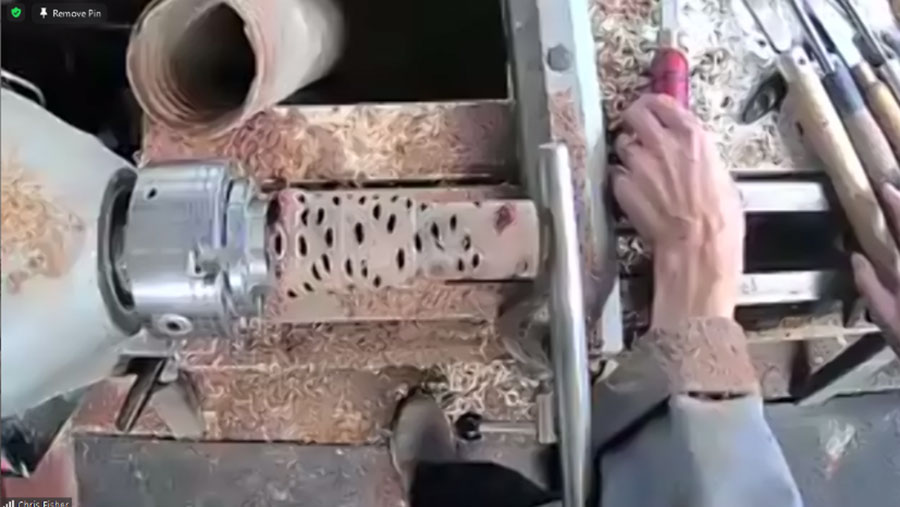 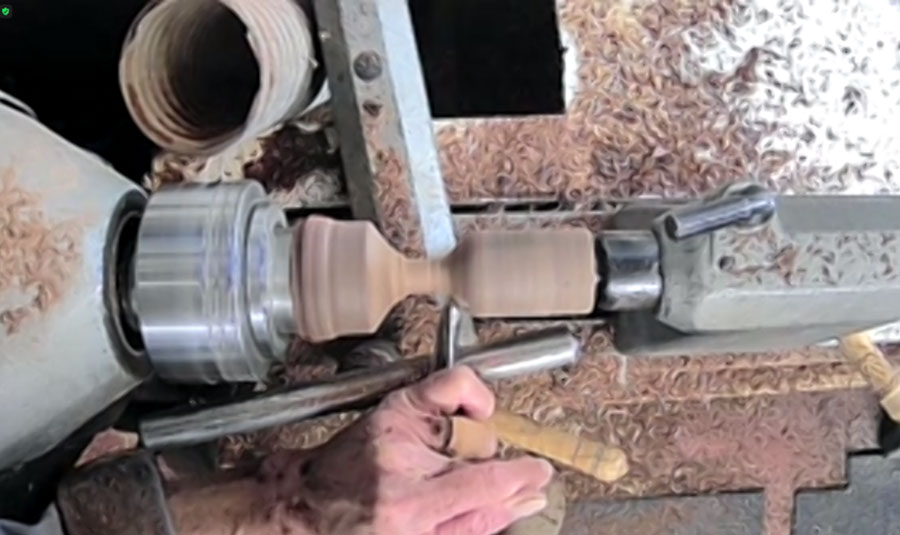 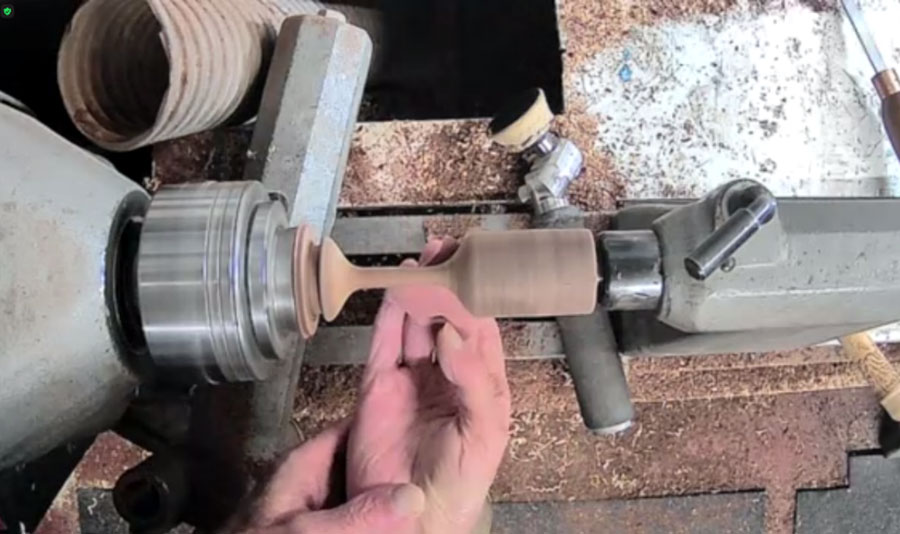 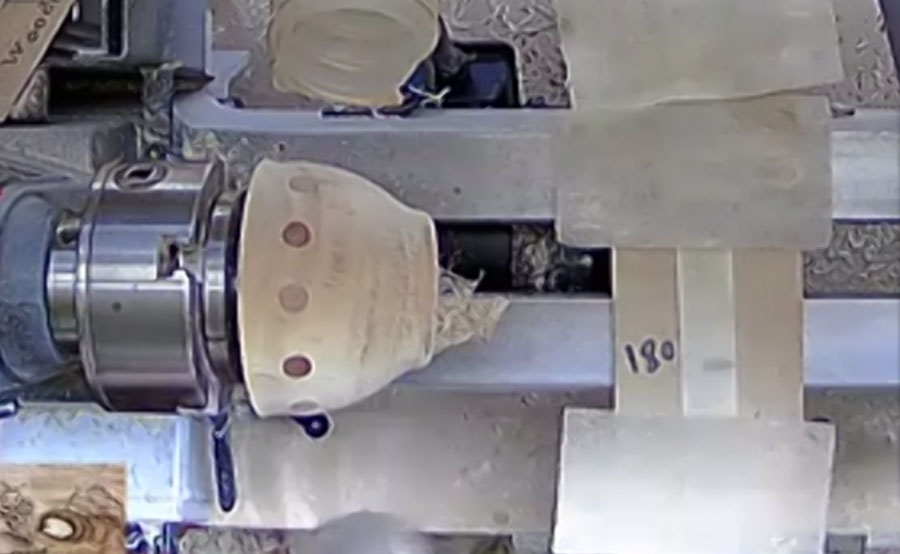 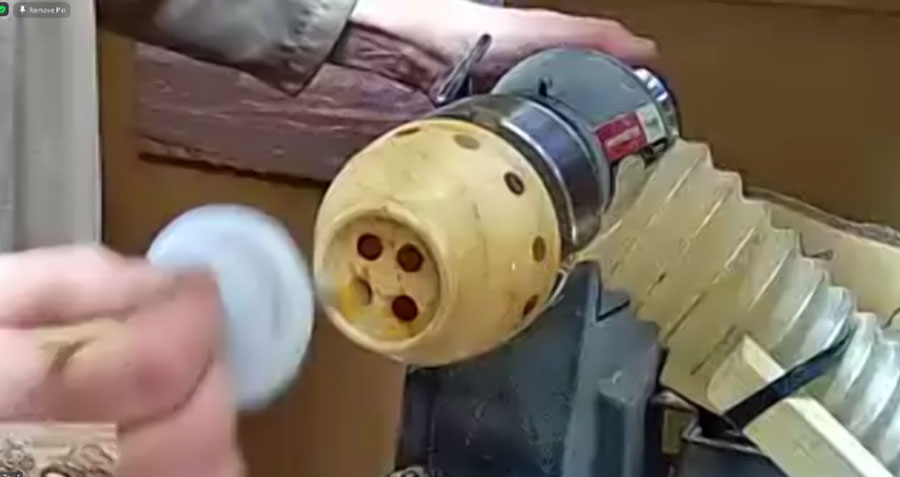 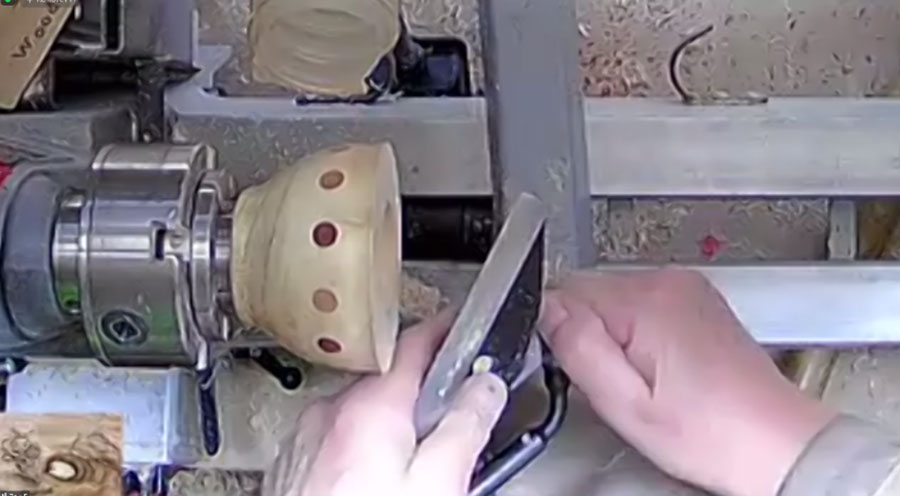 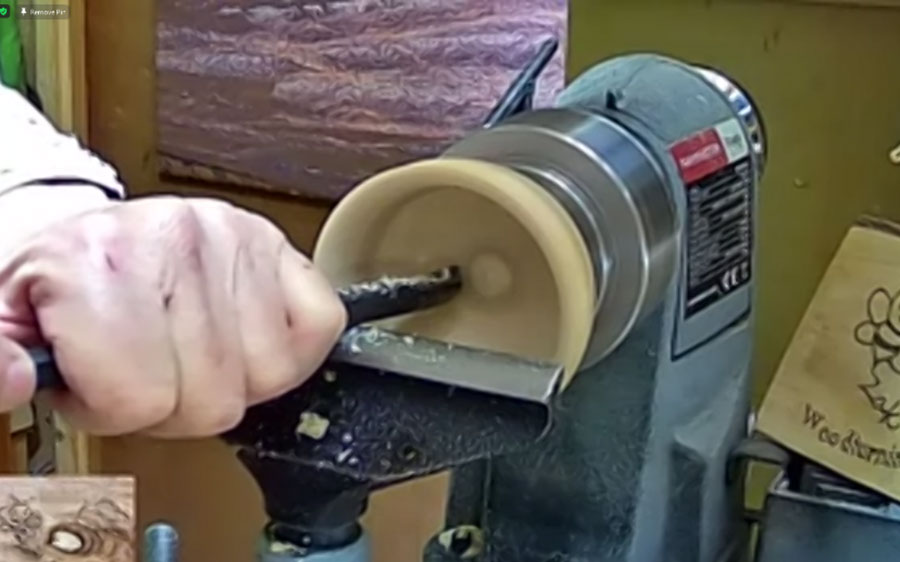 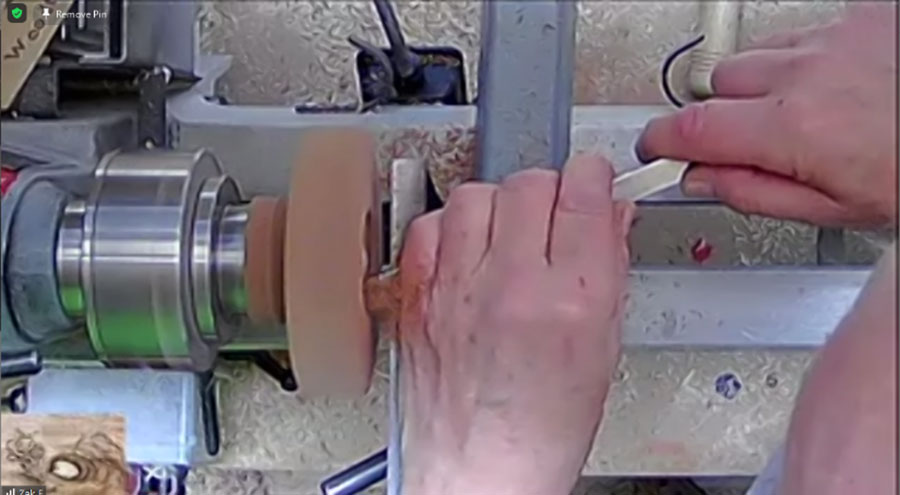 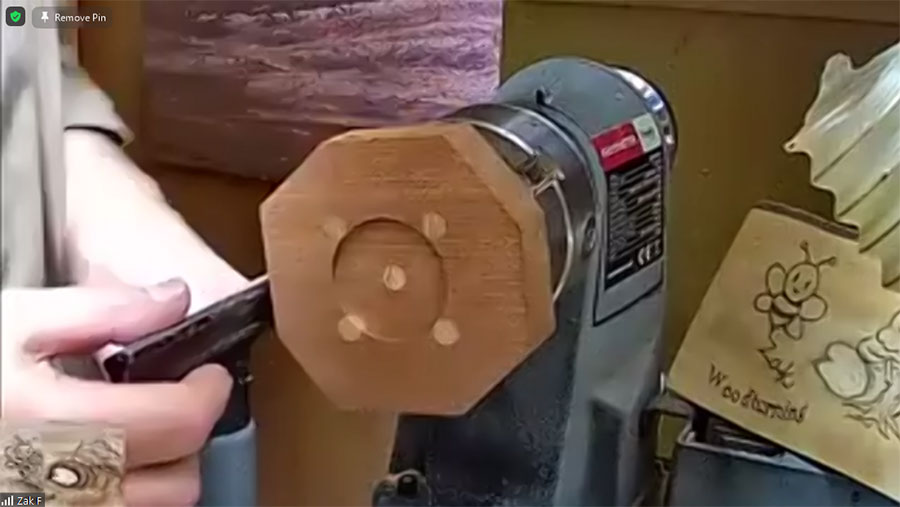 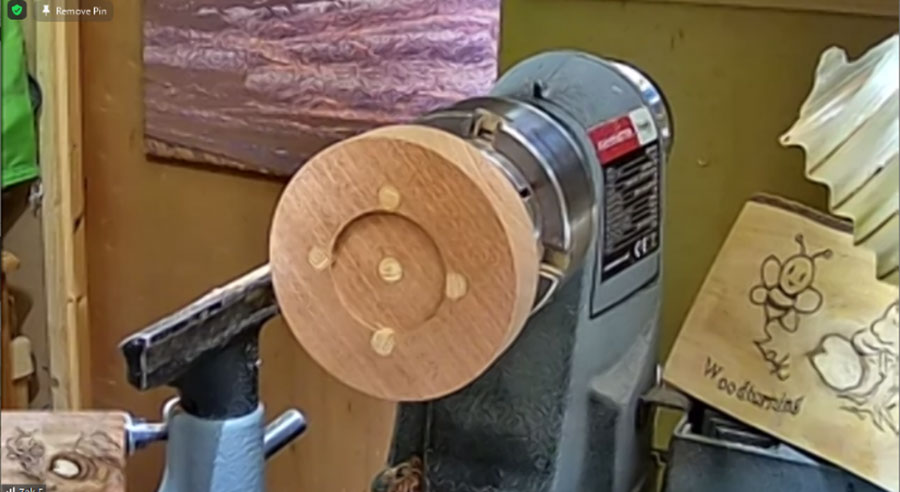 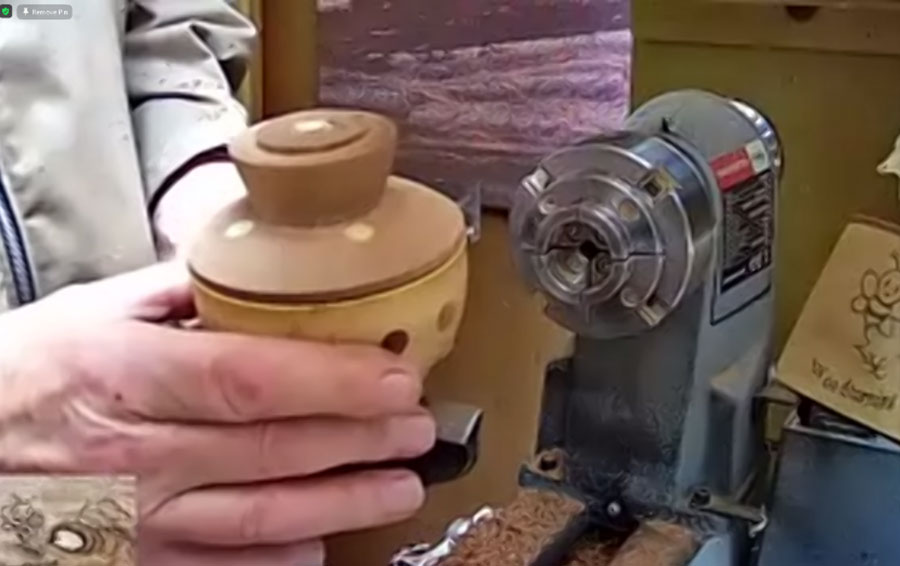 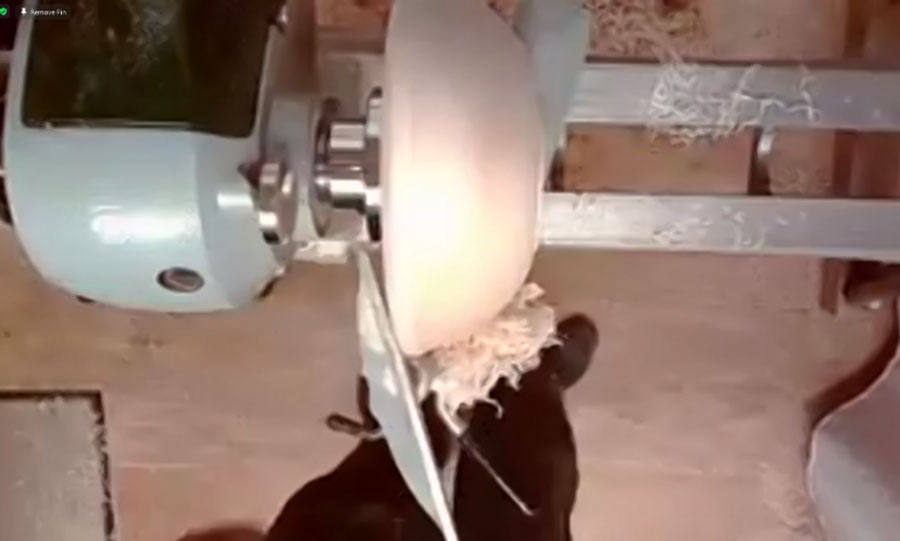 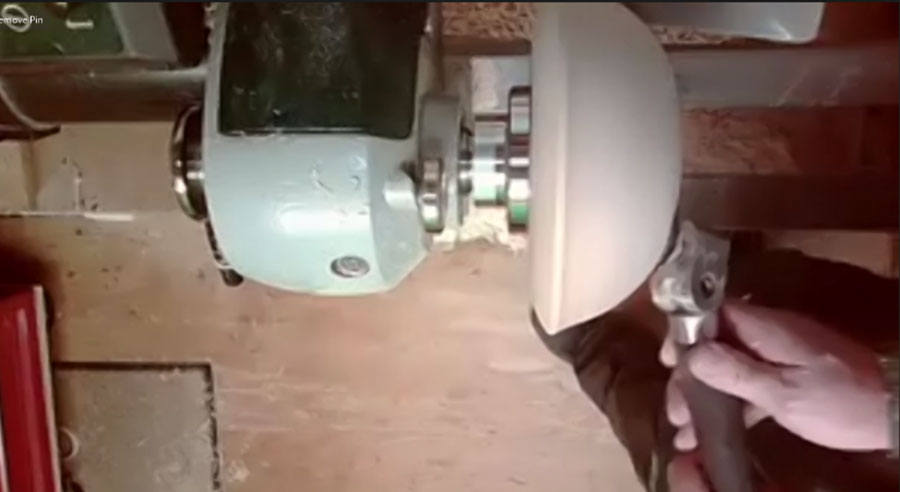 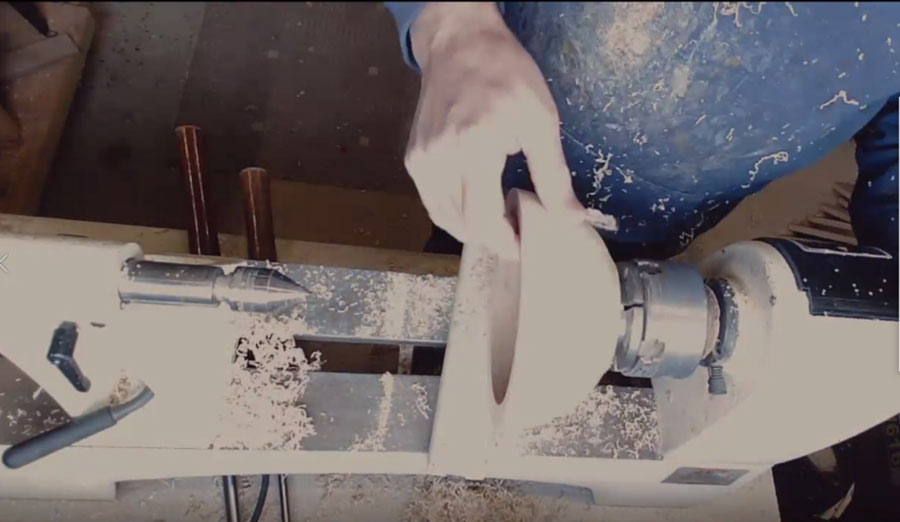 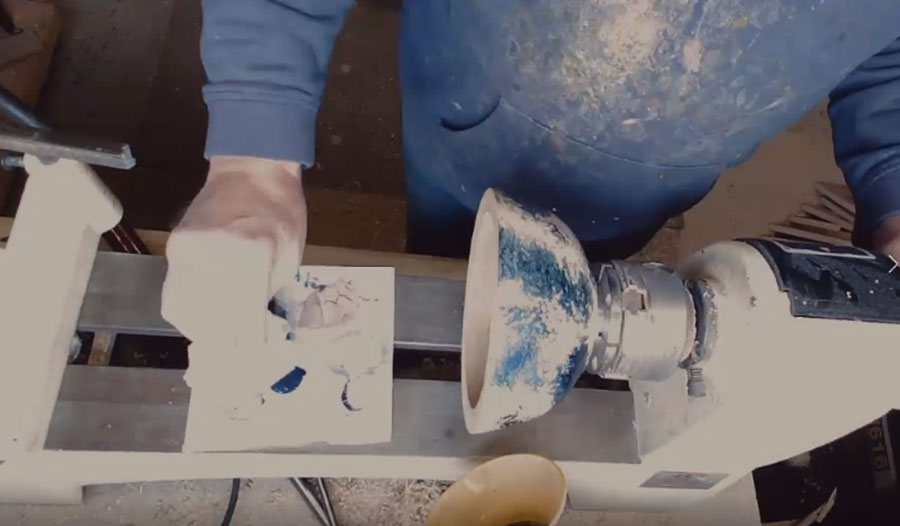 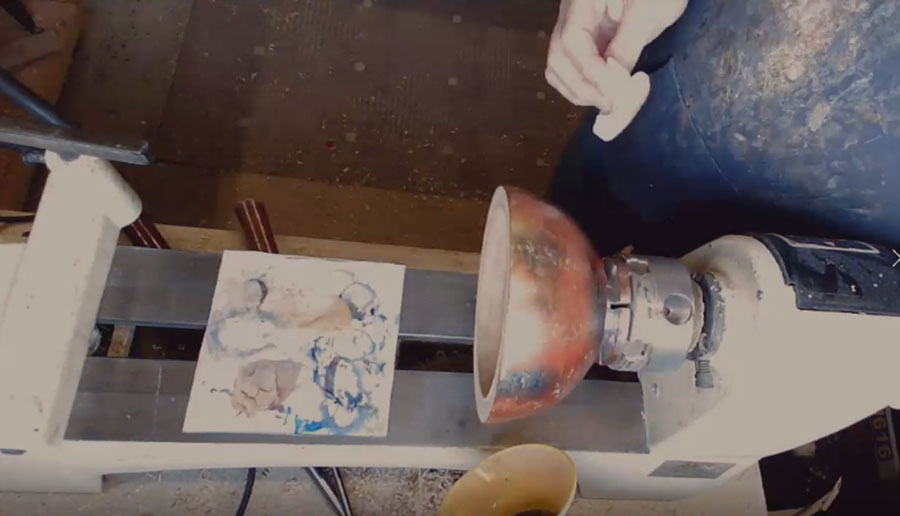 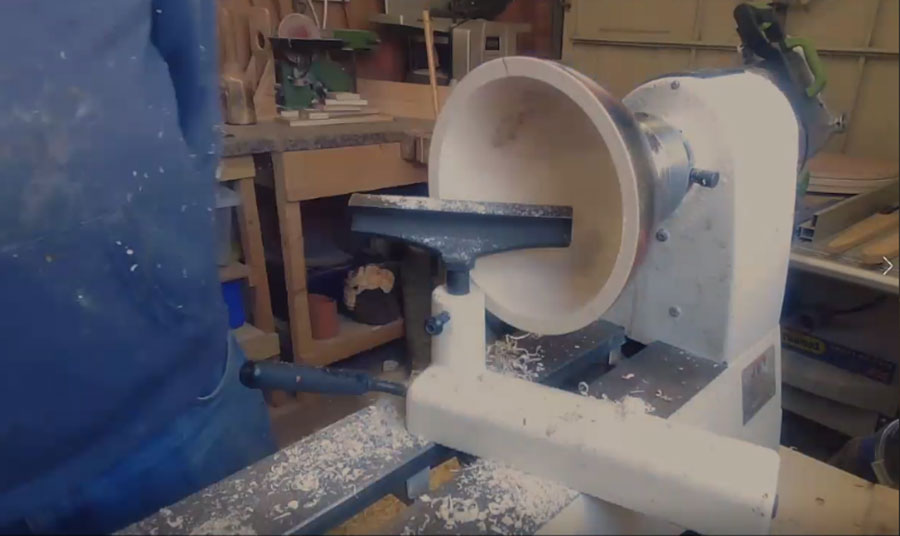 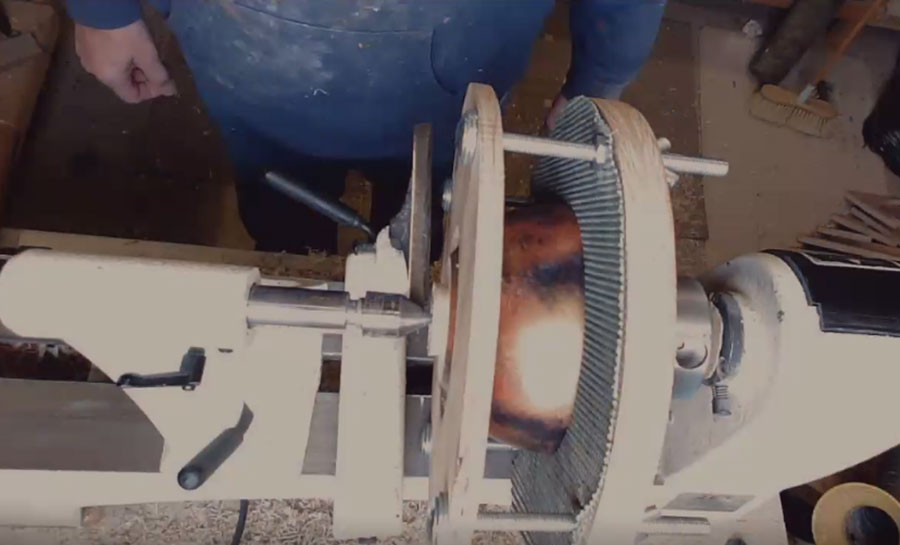 Don’t forget we have Phillip Greenwood coming to your screens on the 26 Oct 2021, so we hope to see you all there.  PAYG Members need to be purchasing their ticket as soon as possible if you want to watch this demo.  Check out the Event page HERE. Any problems with doing this contact us.

If you have not done so already, please have another read of our previous news post, where we asked you some important questions.  We want to ensure we are giving you what you want out of the Club, so therefore we do need your feedback as we are not mind readers.  Check it out HERE

Also, there are three places up for grabs for the Christmas Workshop on the 6 Nov, so don’t miss out, get in touch now if you would like to do it.  All details on the last news post.

Thanks and see you all next Tuesday night. 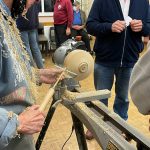 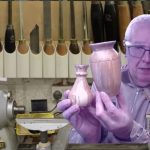