Another month has gone by and as we have arrived at the second Tuesday of July it must be a workshop night. Twenty-nine members were astute enough to realise this and sat before their computers to see what entertainment, not to mention education, there was to be had from our resident turners.

This month Chris and Zak were in their workshops ready to work their magic. I have previously referred to these two as the Dynamic Duo but as Zak has just passed a significant birthday, I think a more appropriate term might be the Two Septuagenarian Turners.

So what was in store? Chris had a piece of Spalted Beech that he had rough turned some months ago and had been wrapped up ever since. Zak showed us some fruit that he had turned from a single piece of wood and proposed that he could make something similar, but he did have a very nice piece of Yew that he thought would make a good hollow form and so opted to do that.

Chris mounted his piece on the lathe and noted that it was remarkably well balanced. He did some initial shaping to the outside but didn’t overdo it so that he had options as the project proceeded. He then started the hollowing process using a variety of tools some bought and others homemade. As the hollowing proceeded Chris explained his choice of tool, how to use it correctly and what he expected the outcome to be. He used a heavy weight scraper to refine the inside walls and bottom of the vessel observing that this method was giving a very good finish and he was able to achieve a flat bottom. He stressed that it was important to not to put pressure on the scraper just let the tool do the work. At the start of the demonstration Chris was debating as to whether the final outcome would be a hollow form or a box. In the end the opinion of the members was that it should be a hollow form and so the opening was shaped accordingly.

When it came to sanding the inside Chris showed various homemade tools that can be used to hold the sandpaper for hand sanding, but in this case opted for power sanding.
When it came to the shape of the outside Chris asked for opinions and there was much discussion about how much wood to remove and what the final shape should be. Surprisingly (and I think this is only about the second time this year) Chris took the comments on board with the result that the outside was genuinely designed by committee.
All that was left was the final sanding and finishing which took place after the event, but the pictures of the finished piece will soon be available. Having a few minutes to spare Chris then very quickly demonstrated how to make a thin platter, something he admits he really likes doing and, without a doubt something he is very good at.

Zak mounted his piece of Yew between centres and started to from the outside shape as well as forming a tenon on what would be the bottom of the piece. Once circular, at the suggestion of a member, Zak wrapped a glue stick around the wood which shows how circular it is and where adjustments need to be made. When he started hollowing Zak noticed a crack in the wood so he ran super glue into the crack and took the wood off the lathe in order to let the glue fully dry. Whilst waiting, he did some work on another piece of Yew that he had already shaped as a small goblet. However once the glue was dry it was back to the main event. Zak hollowed out the piece using tools similar to those used by Chris and then turned his attention to making a top to fit into the opening of the body. This involved quite a lot of work with the spindle gouge as the shape of the top was formed and great care was taken to ensure that the top was a good fit. At all stages there was advice given and suggestions made by the viewing members which helped achieve the final shape of both the body and the top of the piece. The top was not entirely finished b y the end of the evening but pictures of it all finished will soon follow.

As is now the norm, both turners did an excellent job which was well received by the audience and the level of participation by members in asking questions, giving advice, and making suggestions (some of which were even related to the projects being viewed) made for a very enjoyable evening.

We also had the usual Show and Tell presentation of the members work and it was good to see the Tod Raines demo item being attempted along with some excellent other pieces of work. Well done everyone who contributed. It would be good to see more of you sharing what you have been making so please send in some photos or videos as we would love to see them.

Next month will we see the return of the Three Turners, or will we have to make do with the Two Septuagenarians? Who knows, so make a note in your diary and join us to find out. 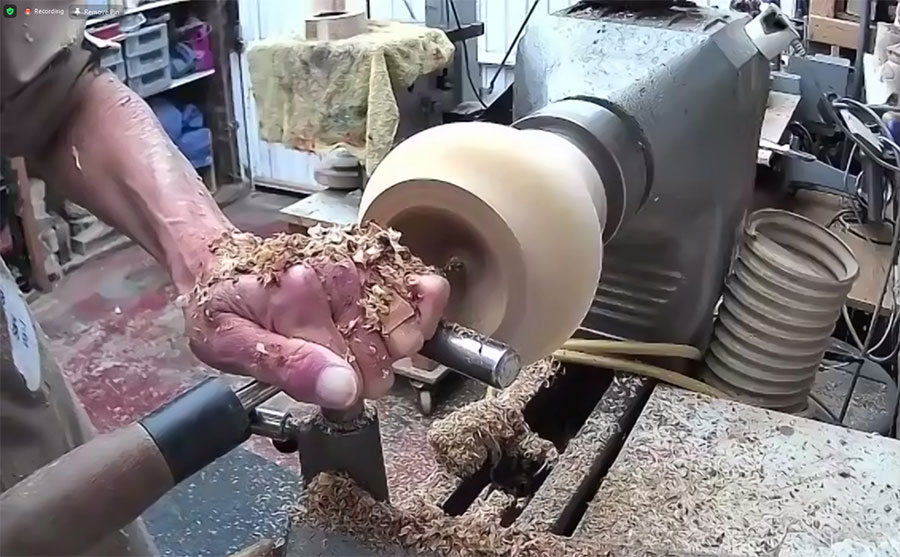 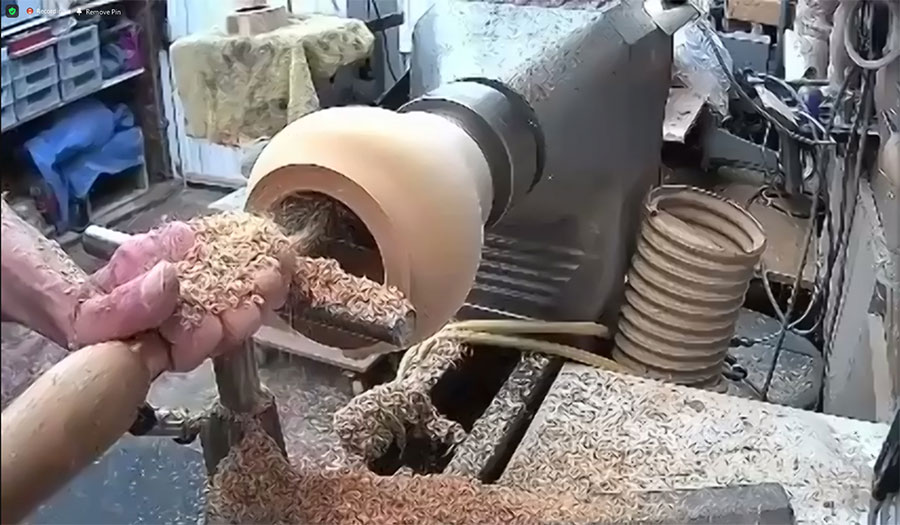 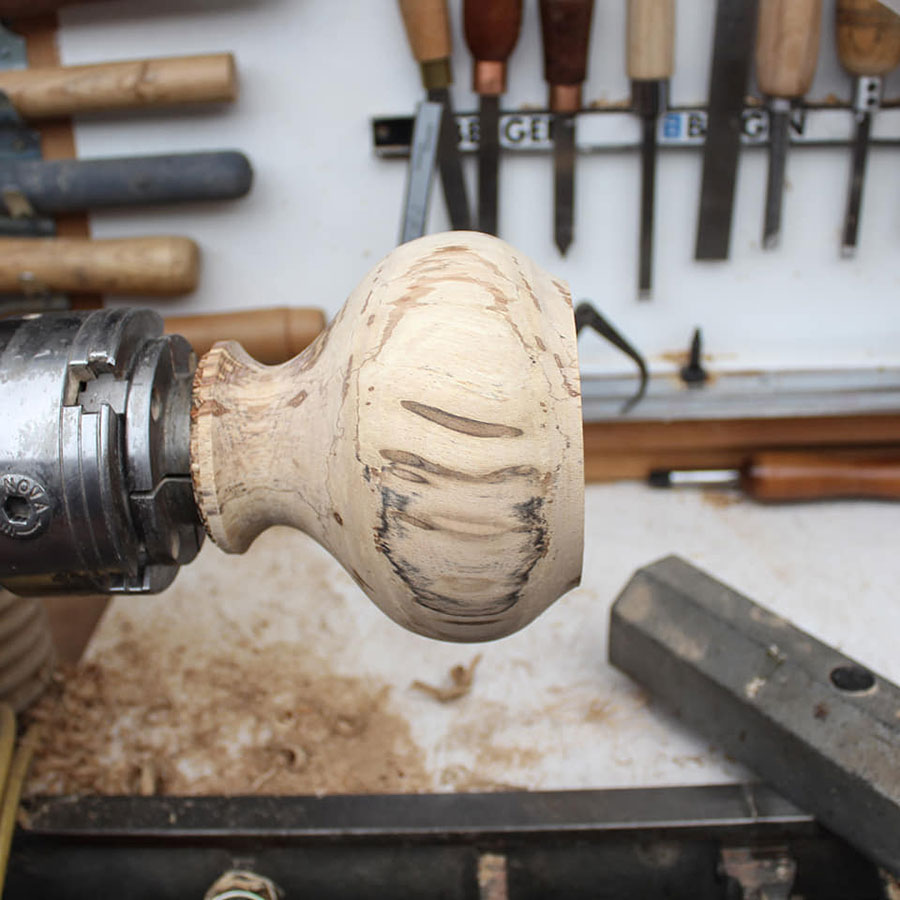 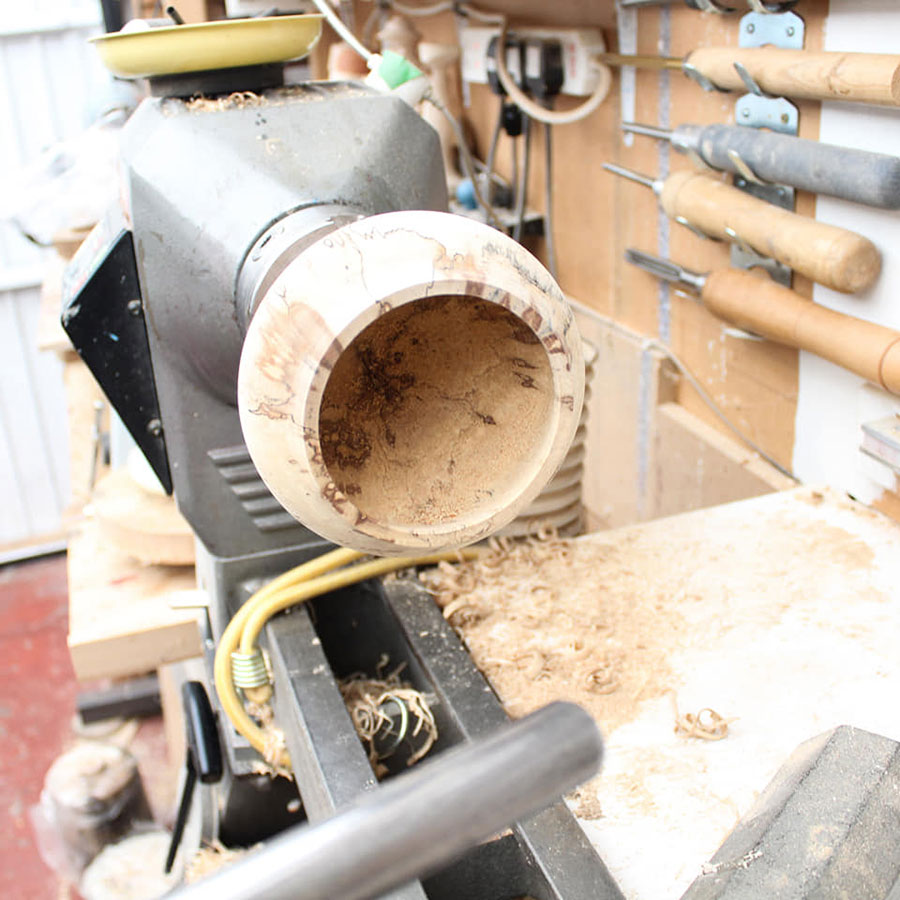 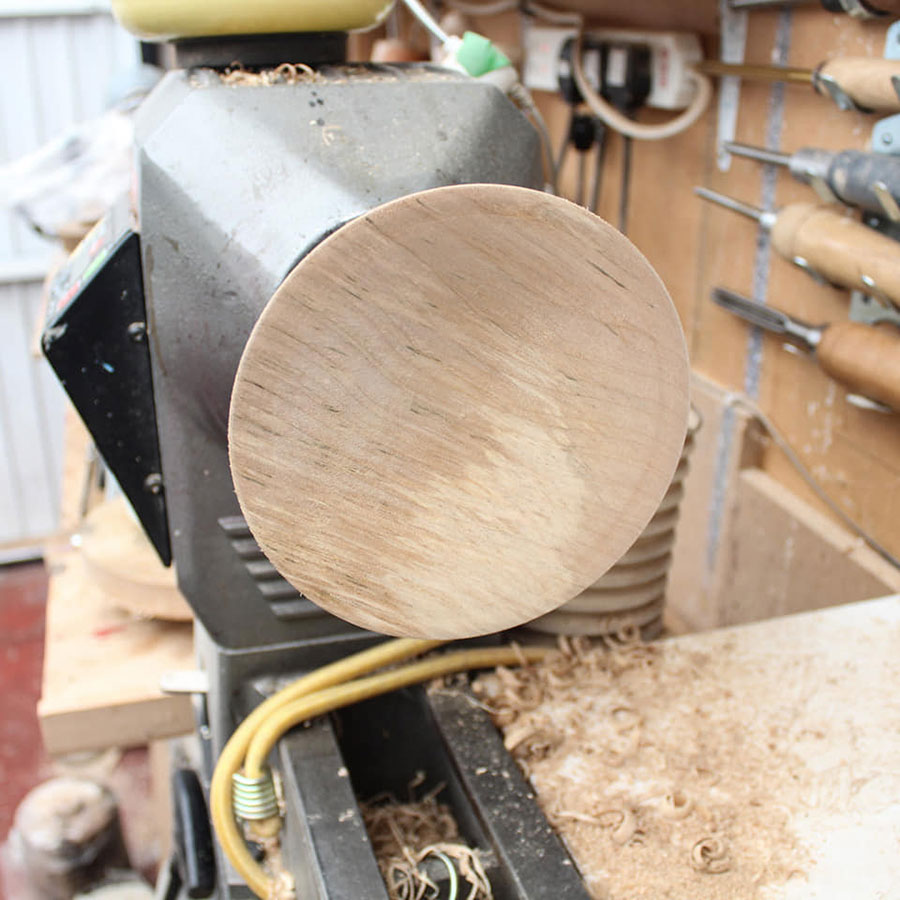 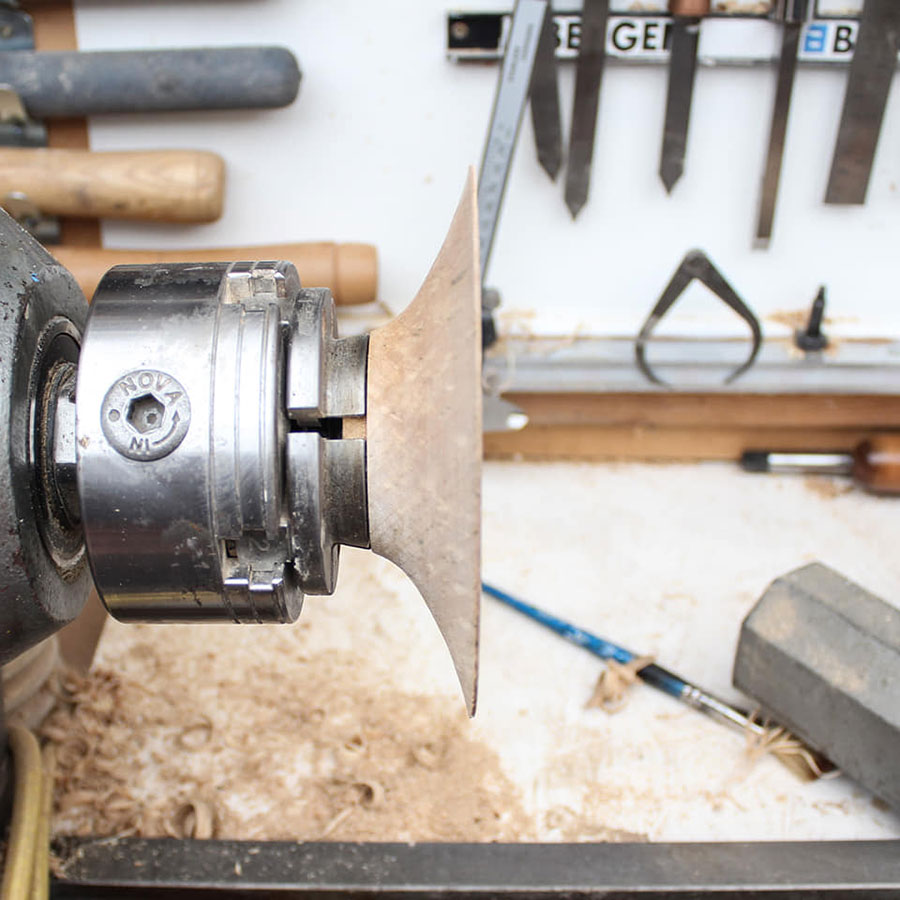 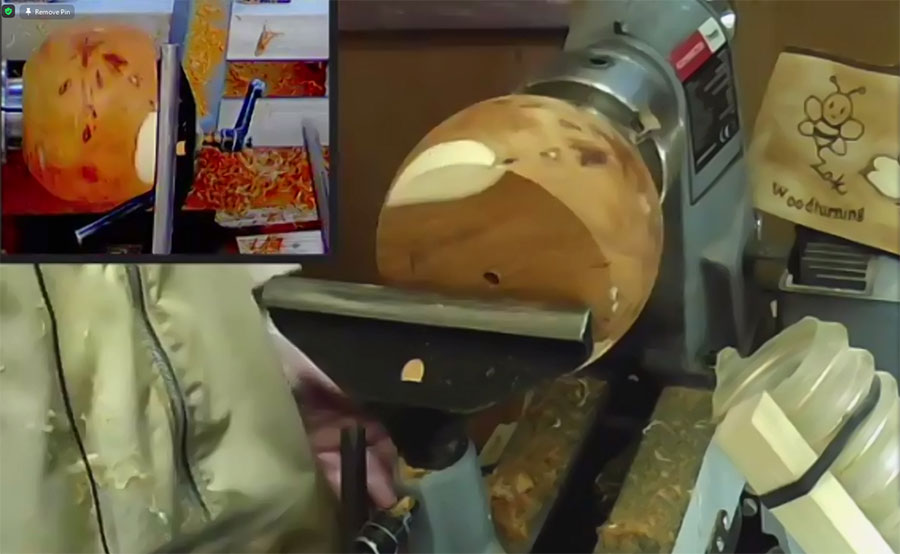 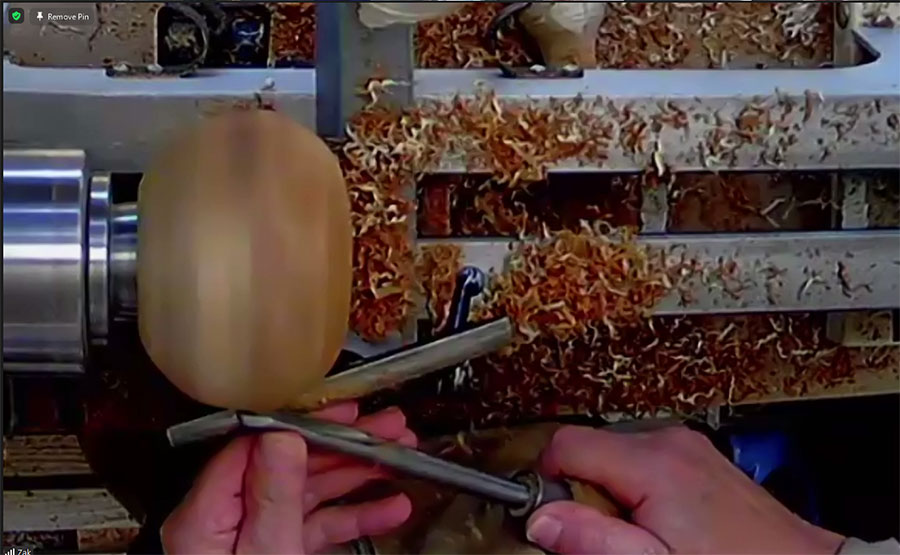 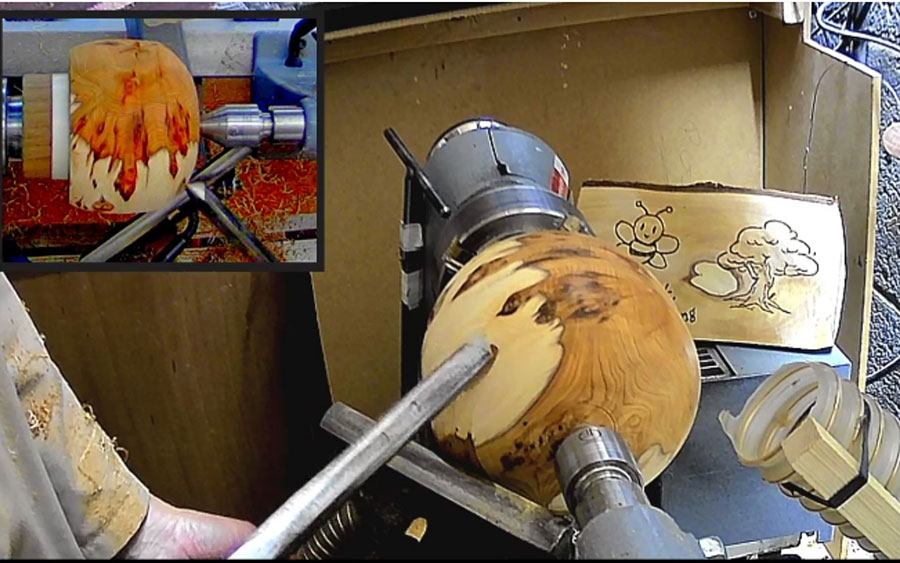 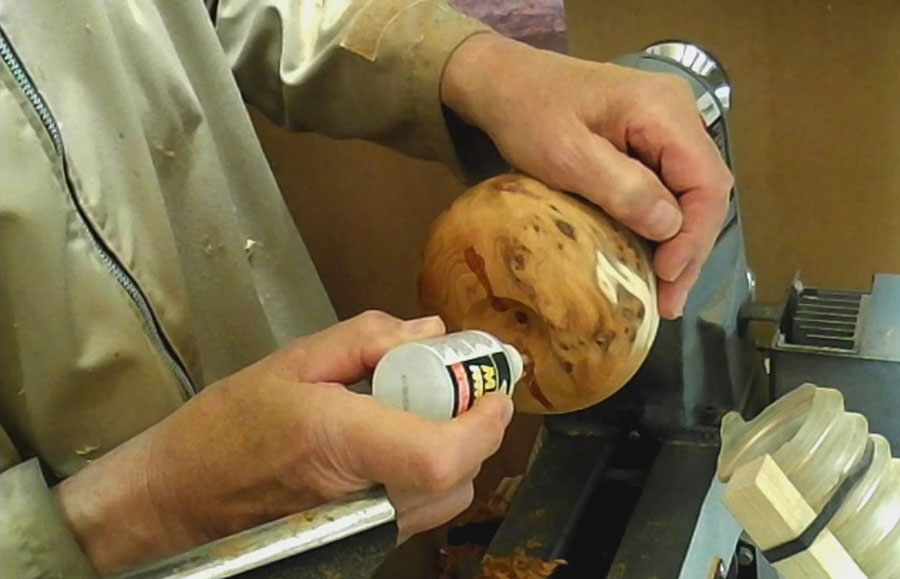 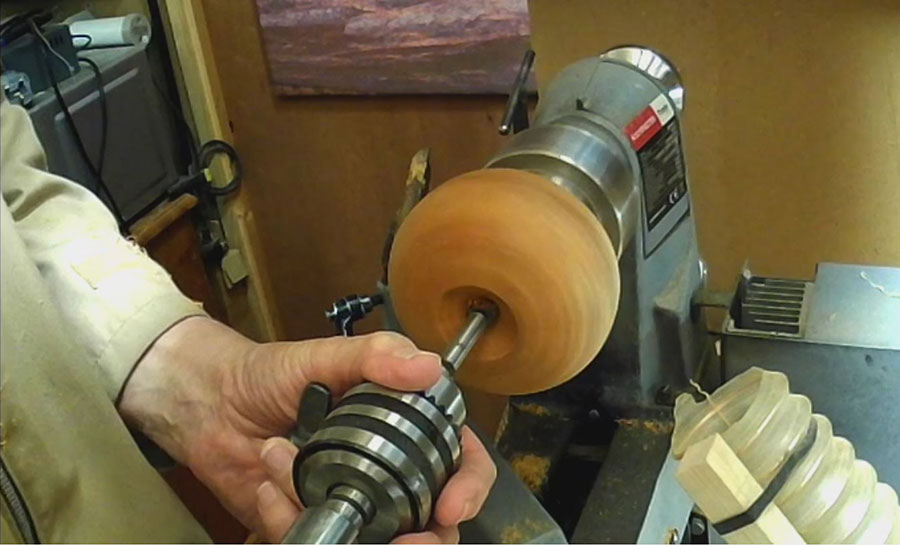 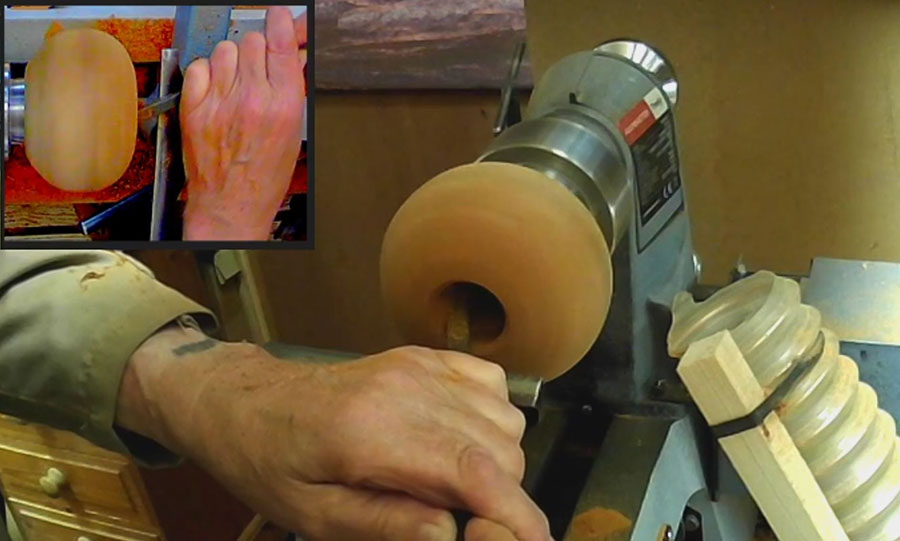 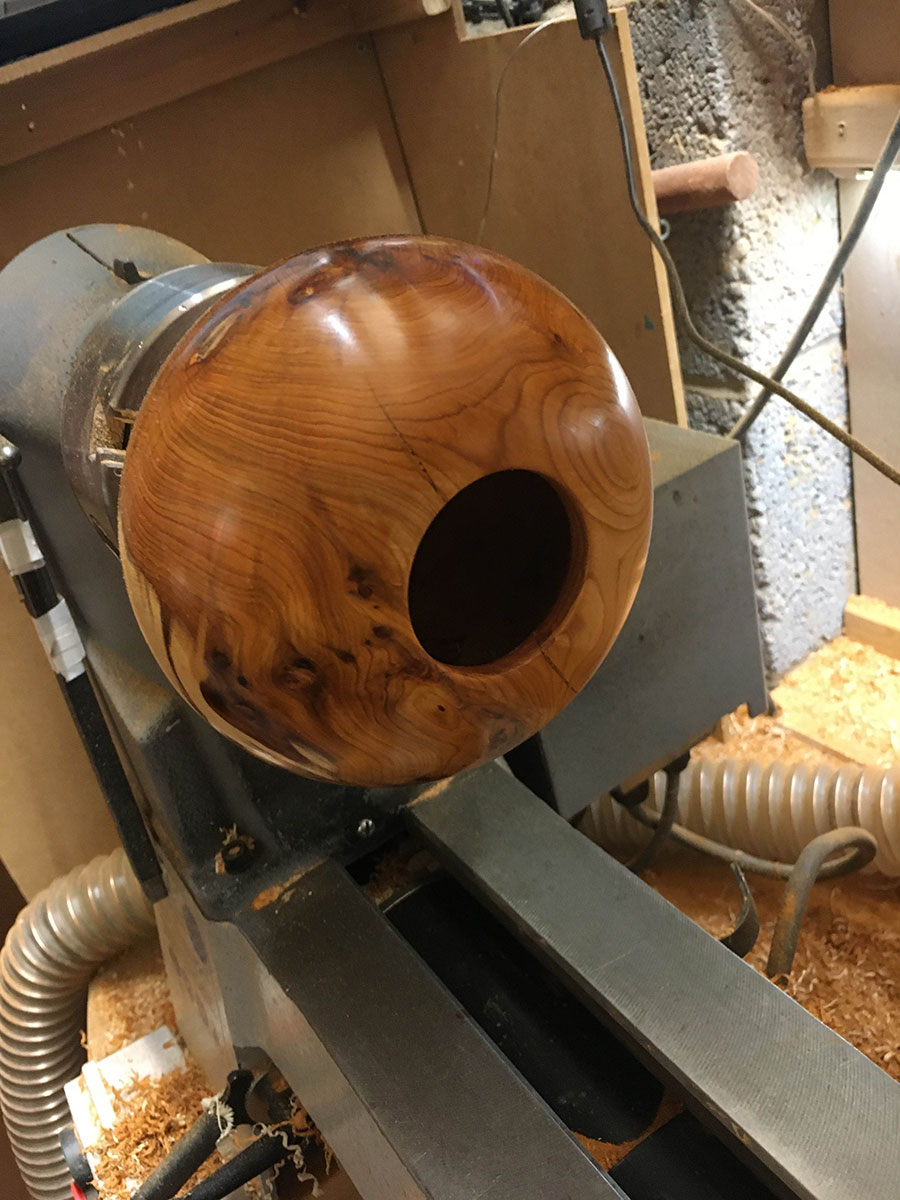 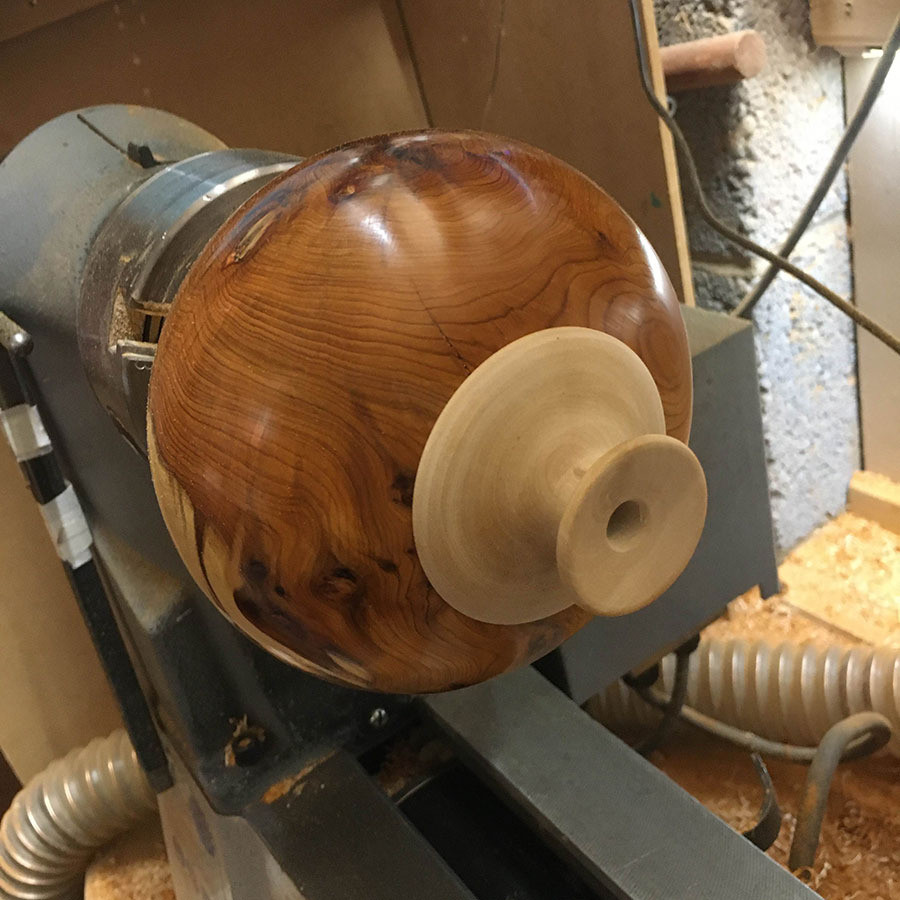 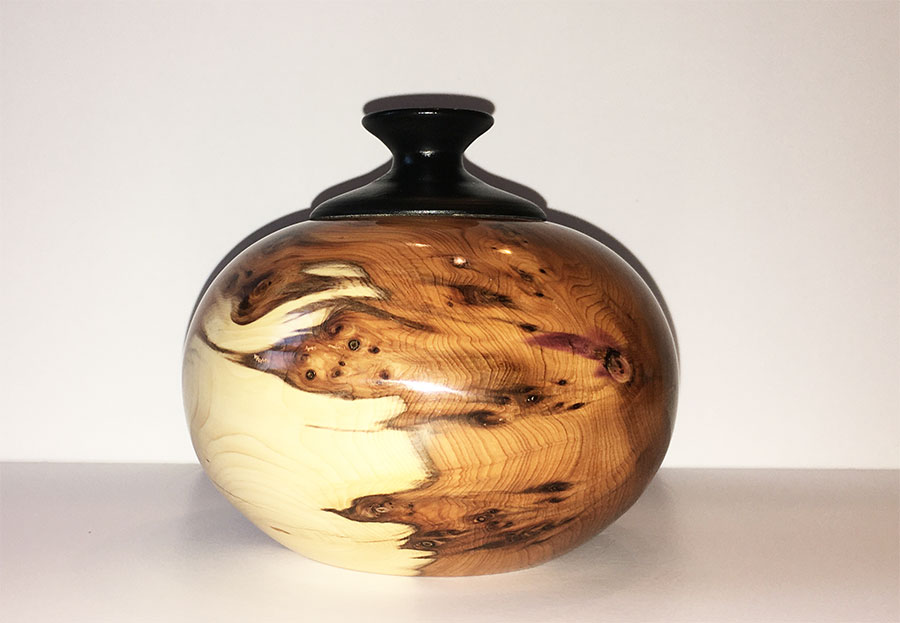 Please be aware the Club Shop will be open this Saturday 17th Jul, 10am to noon. The next time it will be open is the 7th Aug (now every 3 weeks).  Please show your support by coming along to make it worthwhile for those giving up their time to open up and run the shop.

We held a poll during the evening and out of the 26 attending, only 15 would go back to the hall if given the opportunity, covid restrictions permitting with the appropriate precautions put in place.  We have a Sub Committee that are particularly looking into what will be needed and how it may be able to happen safely, once we have the green light. It is understandable that we all have our concerns and people are nervous about such things.  We all want the old Club back, but I don’t think we will be going fully back to normal for some time.  If you did not attend the meeting on Tuesday, it would be great to hear from you and your thoughts, concerns etc on whether you would be interested in attending a physical meeting in the hall at some point.  Can you either leave your comments below or send in a message via the contact form.  Thanks.

Lastly, our next demo is by Andrew Hall who will be providing an online demo on the 27 Jul 2021 starting promptly at 7pm.  If you are a PAYG member, please ensure you purchase your ticket for this demo.  Since introducing the PAYG option, we have had very few members using this facility, so it would be great to see more of  you attending.  Any problems in doing that let us know. 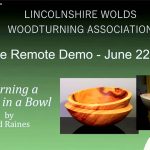 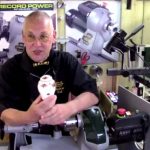