The Club was recently approached by Mr Phillip Panton (pictured on the left of the main photo) from the Lincolnshire Aviation Heritage Centre at East Kirkby to see whether we could help him in making two replicas of a 88mm German Flak Shell which is over 9ocm long and 11cm dia at the widest part.  These were used during the war to shoot at our Avro Lancaster Bombers. In return, they would be willing to donate a Lancaster tour and some Family admission tickets to the Centre for our Grand Raffle in aid of the Lincs & Notts Air Ambulance being drawn next year.  We eagerly accepted the challenge and instantly knew the perfect Club member that this job would suit, no other than our resident expert in spindle work, Mr John Liles. 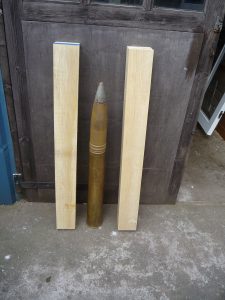 The material was kindly donated by Turners of Horncastle, also in support of the Grand Raffle, who laminated some timber together to form the two blanks.  John set to the task and kindly provided the following progress photos.  You have to agree, he did a fantastic job and did us all proud.  Well done John and a BIG THANK YOU. 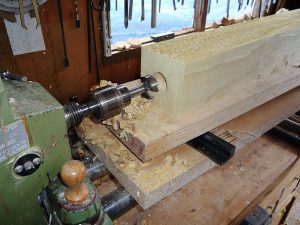 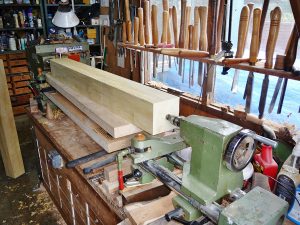 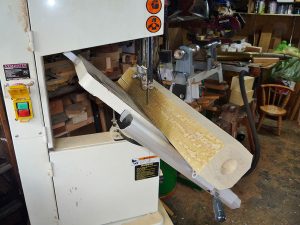 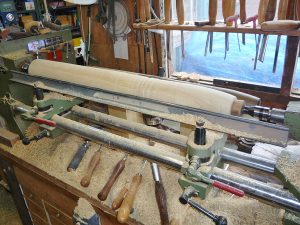 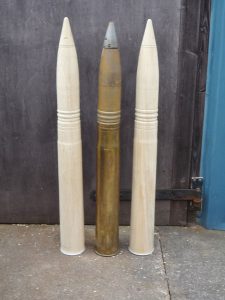 On the 5th July, some of the Club’s Committee and of course John along with Mr Nev Soulby (pictured 2nd from the left in the main photo), from Turners of Horncastle were invited along to the Aviation Centre to present the finished shells to them in front of their Lancaster, NX611 ‘Just Jane’.  The group were warmly welcomed and refreshments provided.  They had the opportunity to see Just Jane with its engines running during the taxi rides that are available from the Centre.  Phillip Panton was thrilled with the finished items and the level of detail John had captured.  So next time you visit the Aviation Centre, keep an eye out for the shells which will be part of the Museum display.  For more details on the Lincolnshire Aviation Heritage Centre at East Kirkby, check out their website here.

John Liles and his shells and not forgetting ‘Just Jane’. 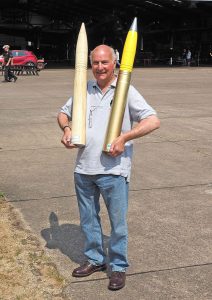 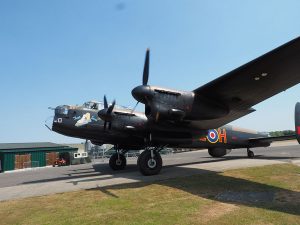 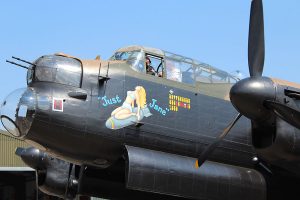 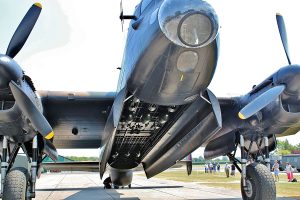 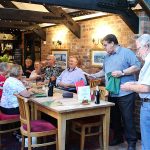 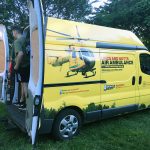