Cheque Presentation to our chosen Charities for 2015

The club nominates a charity each year to support and for 2015 was Alzheimer’s Research UK. During the Christmas function, a raffle was held and £175 was raised for this charity. A cheque was presented by the Chairman, Mr Mick Close to Mr John Liles acting on behalf of the Charity, who were unfortunately unable to attend. 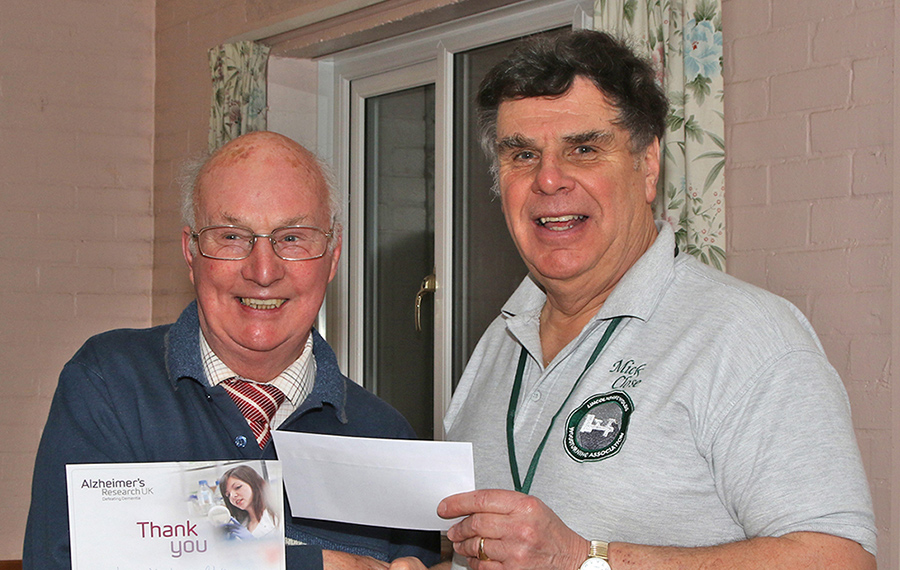 Alzheimer’s Research UK is funding pioneering research that will make a real difference to people’s lives, now and in the future. Alzheimer’s is the most common cause of dementia, affecting around 500,000 people in the UK. This research is essential for improving diagnosis and developing new treatments to stop it. If you have questions about dementia research or want to find out more about how to get involved in research, contact our Dementia Research Infoline on 0300 1115111 or email infoline@alzheimersresearchuk.org.

Also, throughout 2015, the demonstrators had kindly donated the items they had made as prizes for a Turners Raffle. In addition, the club received a donation of a large number of tools and equipment to sell. All the money raised was to be donated specifically to the Lincolnshire Macmillan Nurses. The Chairman was pleased to present a cheque for £544 to Mrs Tanya Taylor from Macmillan. 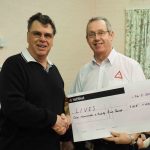 Cheque Presentation to our chosen Charity for 2014Charity 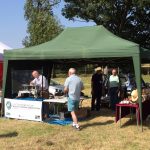